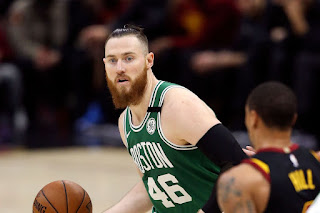 Note that Aron Baynes tested positive prior to entering the NBA bubble. He's still testing positive now, thus he hasn't been allowed to join the rest of his teammates and opponents at Disney.

Baynes who was a fan favorite in Boston and improved his game even more when he got to start in place of the suspended DeAndre Ayton was traded by the Celtics on draft night 2019 in order to free up cap space. The Celtics parlayed that extra cap space into signing Kemba Walker to a max deal.

So far it appears the NBA's strict quarantine bubble is working as there have been zero positive test results from players at Disney.