Quarantine Question of the Day: Who are some of the best passers in Celtics history? 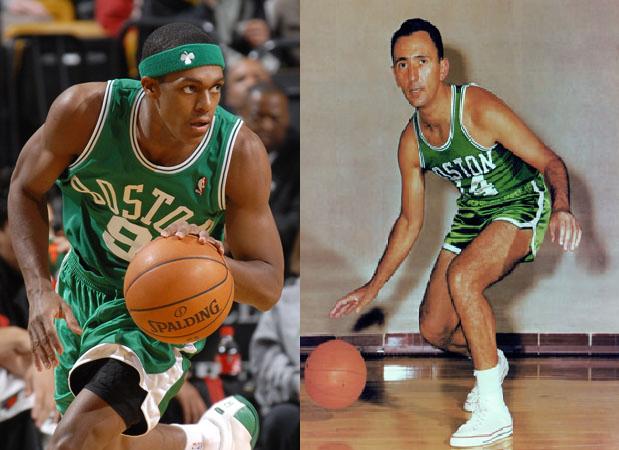 Today's question:
Who are the best passers in Celtics history?

We previously asked for a Quarantine Question of the Day, Who are the best ball handlers in Celtics history? Some people mistakenly took that question as "best point guard" when it was really about ball handling and not passing or the overall point guard position. Most of those people were on Twitter and Facebook admittedly and probably just responded to the title and didn't read the post. "Those people!" Ha.

So today's question also isn't limited to just point guards and again their ball handling skills aren't part of the equation. The first players that come to mind for me are Bob Cousy who I'm tempted to put first, Rajon Rondo, Larry Bird and Pistol Pete Maravich. The latter of course only played briefly for the Celtics late in his career, so I can understand not including him..

Looking for some unique answers as well since it's not just the overall best. Maybe a Tiny Archibald, Dennis Johnson or Bill Walton? Or what about some players more likely to appear in tb727's What the Hell Happened to series like a Tyus Edney, Orien Greene, or Sherman Douglas? Have some fun!

Previous Quarantine Questions of the Day:
Quarantine Question of the Day: Why is Bill Russell overlooked in the G.O.A.T. conversation?
Have the Celtics ever had more All-Stars than the 8 they had in 2002?
Which starting 5 would you pick?
Remember this Bird/MJ commercial and who do you think would have won?
Who wins a HORSE competition between all-time Celtics greats?
How many left-handed C's can you name off the top of your head?
What are some of your favorite buzzer beaters in Celtics history?
You're 18 yrs old, off to college, & your roommate is which Celtic?
Who was a player you hated... and then he became a Celtic?
Who are your favorite non-Celtics players in today's NBA?
Who is the best looking Celtics player in team history?
Who are the best ball handlers in Celtics history?
Which five Celtics in team history had the best post moves?
What's the greatest Celtics game you have attended?
Who are the five toughest Celtics in team history?
Who was your favorite Celtics player while growing up?
Name a former Celtic who would excel in the modern NBA?