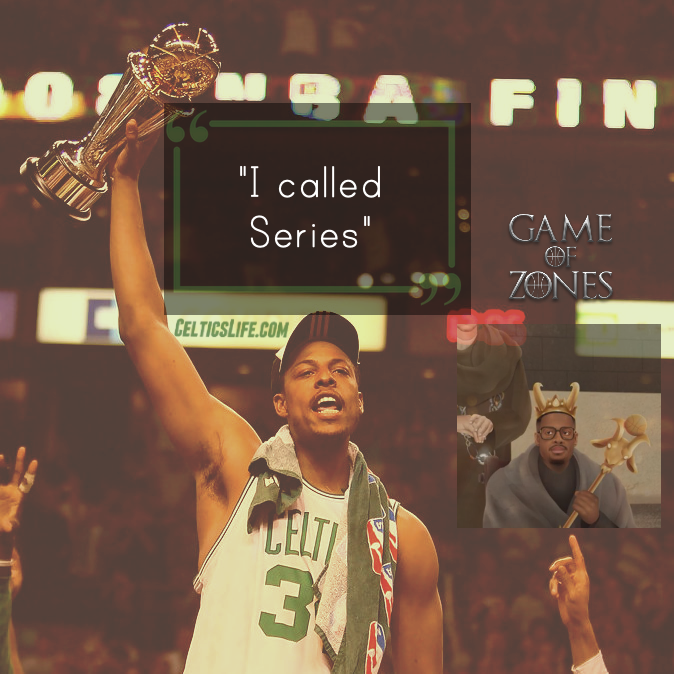 Well there you have it. Season 7, the final one of the successful spoof series, ends with a Celtic winning the crown. Fitting for the team that has won the most championships in NBA history. While Bill Russell definitely had the credentials for the crown, Paul Pierce ends up with the upset win to wrap things up. The Truth called, "Series."

Paul was obviously a fan of the ending based on his Twitter:

Here are the first three episodes of this final season: