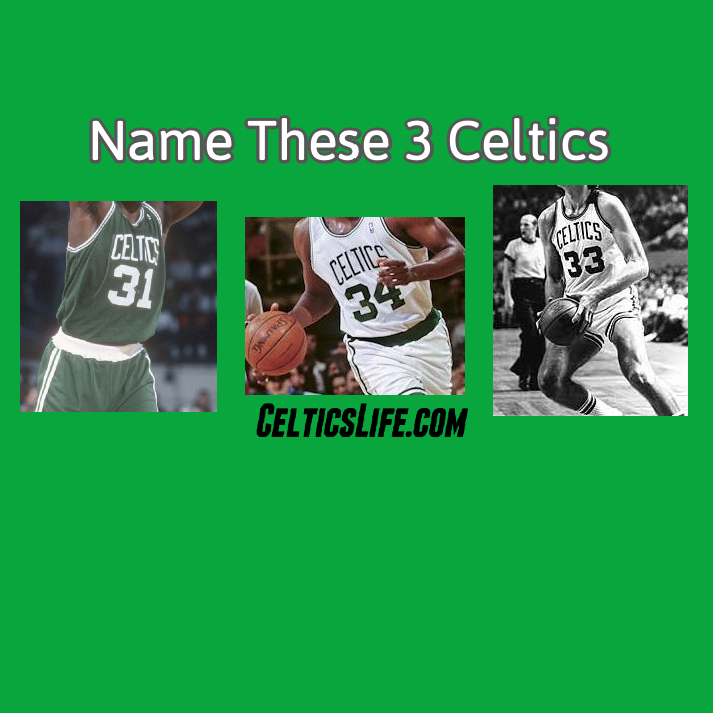 Time to test your knowledge of Celtics players of the past. Trying a new segment called "Name These 3 Celtics." It's a working title! Just leave a comment with your guesses of who these three faceless former Celtics are. In a little bit, I'll provide the answers below along with the full pictures. #31, #34, and #33. Starting you guys off with a really easy one huh?

Ok scroll down for the answers...

Now scroll back up (just kidding)... 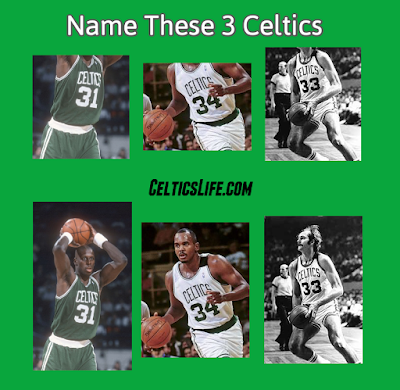 Xavier McDaniel is #31. Other pretty good guesses were Tom Boswell and Joe Johnson. X-Man wore #31 his first two seasons in Boston before switching to #34 for his last. The reason he didn't wear #34 on the Celtics from the start was because it already belonged to the guy in the middle of the pic.

Kevin Gamble is #34, which most of you got, not counting all the Paul Pierce picks. Had a decent amount of McDaniel guesses for #34 as well.

Steve Kuberski is #33. Pretty sure everyone on our Facebook page guessed Larry Bird. There were a lot of Kuberski guesses on our Twitter, since we made a post about him with this pic a few weeks back. Not sure if there were any other guesses.

Wasn't really a race, but I did see at least three correct guesses on Twitter. The first I believe was by Sean Sylver at 9:40pm EST.

This seemed like a fun enough game to play during these sports doldrums. If you want to get a little studying in for the next one, make sure to check out tb727's What the Hell Happened to...Complete Index.