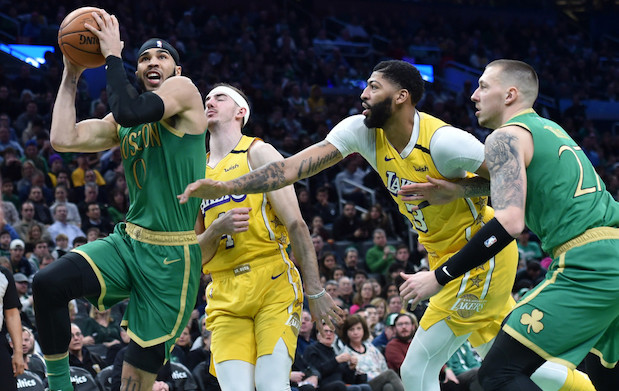 Despite the China Basketball Association suffering another setback in its attempts to resume their season and Brian Windhorst's previous report that sources inside the NBA had become pessimistic that their season could be saved, we now have an optimistic report.

Sources tell Sam Amick of The Athletic "that optimism abounds in the ownership, player, agent and league office ranks" in terms of saving the 19-20 season.

The NBA is considering Las Vegas as its "Bubbly City" to play out the remaining season. Unlike the MLB, the NBA has just a short amount of time remaining in its season, which makes the isolation scenario more viable.

The thought is that NBA players playing in a "quarantine bubble" for a month or two to finish their season in Vegas is much more realistic than asking Major League Baseball players to leave their families and home for six months. One of the remaining obstacles is coronavirus tests. The United States has to have them readily available to any American who needs one by the time the NBA starts back up for this to work. Otherwise it will look like NBA players are getting preferential treatment and it would be a bad PR look. The NBA is cognizant that people were critical of how quickly their players were able to get tested last month while regular Americans weren't able.

The NBA's Board of Governors are "virtually" meeting tomorrow, so we should have more concrete ideas and dates for the resumption of the NBA season. My guess is there will be a play-in tournament for some spots in the playoff bracket and likely shorter playoff series. At least for the earlier rounds. I doubt there will be any more regular season games.