Danny Ainge joined the ESPN Hoop Streams crew of Cassidy Hubbarth, Amin Elhassan, and Kendrick Perkins to reminisce about the 2008 championship team. Ainge also said he's ready for this year's NBA draft whenever the league wants to have it (The Celtics will most likely have three mid to late first rounders). Danny also had some flattering words to say about the late Kobe Bryant. Ainge had just been hired as the head coach of the Phoenix Suns when Bryant worked out for them as high school senior.

p.s. Wonder if Perk requested to use a pic without Ray Allen for the cover art of the episode? 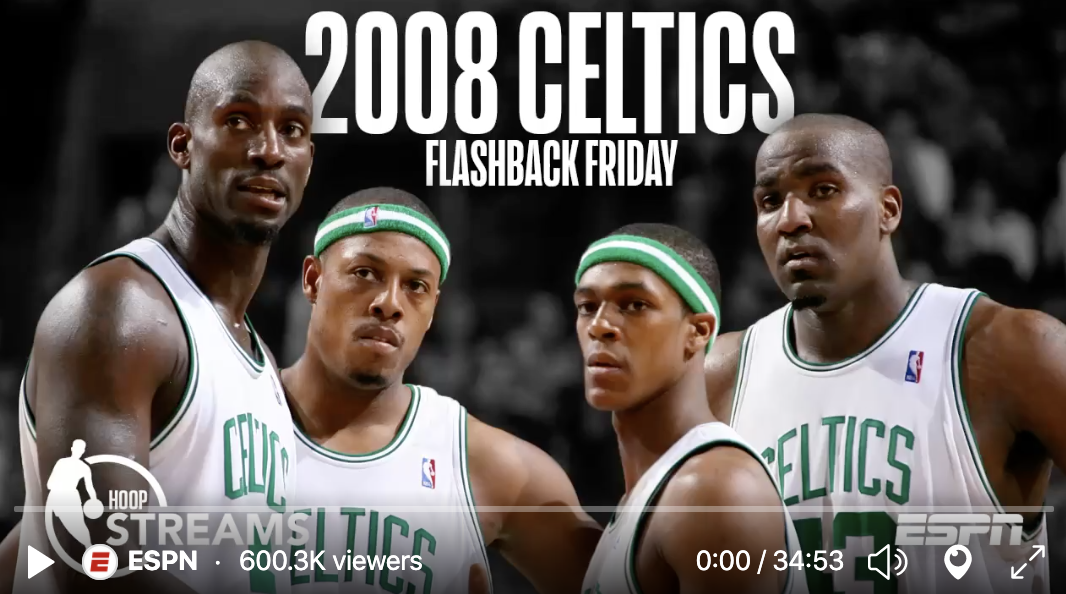 Danny Ainge on Kobe Bryant's pre-draft workout with the Celtics, on #HoopStreams: "To this day, Kobe's workout is the best I've ever seen."
— Boston.com Celtics News (@BDCCeltics) April 10, 2020

Related: Kobe Bryant reminisces about his workout with the Celtics