Prepare yourself for NBA games in empty stadiums due to the Coronavirus; LeBron says he won't play 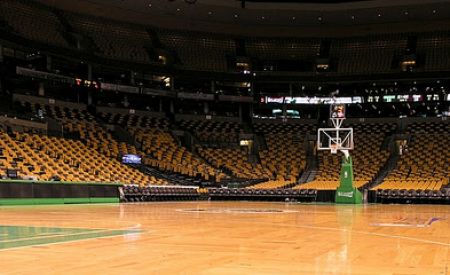 NBA has been sending several informational memos to teams in order to prepare for whatever develops from coronavirus situation. A reminder of existing rules regarding postponement or cancellations of games was provided Friday night. https://t.co/17ac6wSiDt
— Shams Charania (@ShamsCharania) March 7, 2020

This is pretty much undoubtedly coming. Once the NBA (and politicians) decide that one area and their corresponding team is a danger to have a gathering of thousands of people in such close proximity, expect the rest of the NBA teams to then follow suit. We're about six weeks from the playoffs and as you can see from the past few weeks the virus can spread quite a good deal in a short period of time. Considering experts say a vaccine is about a year away, I'd be very surprised (and obviously thrilled) if we see full stadiums throughout the playoffs.

It will be really weird to watch a game with no fans in the crowd. I wonder what the TV crews will do about mics? You'll pick up a ton of profanity without the fans serving as background noise. Imagine if KG was still playing? Most likely they'll have the broadcasts on a short delay to mute out the profanity. I remember watch an Orioles game played in an empty stadium back in 2015 on TV. It was really weird.

At least one NBA star doesn't seem to keen to playing without fans.

The Los Angeles Lakers star says there is absolutely no way he will play games to arenas with no fans, as coronavirus fears sweep the NBA.

“We play games without the fans? Nah, that’s impossible,” James told The Associated Press. “I ain’t playing if I ain’t got the fans in the crowd. That’s who I play for. I play for my teammates, and I play for the fans. That’s what it’s all about. So if I show up to an arena and there ain’t no fans in there, I ain’t playing. They can do what they want to do.”

Starting today, @NHL will close dressing rooms to media, on recommendation of Centers for Disease Control (@CDCgov) in effort to stop the spread of coronavirus. NBA, MLB + MLS are expected to follow. Media availabilities will be conducted in formal press conference area.