Kemba to miss at least the next two games due to knee soreness, likely to be load managed moving forward 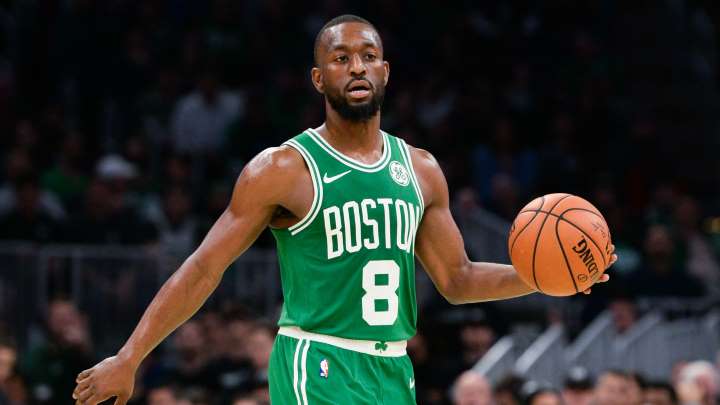 There will be no Kemba tonight for the Celtics big match-up with the 76ers. And Brad Stevens says the rest will last longer than just tonight.

"Kemba's out," Stevens said following the team's morning shootaround at their practice facility prior to Saturday's game (8:30 p.m. ET, ABC). "Most likely, at minimum, the next two games, maybe, and then we'll reevaluate it after that."

"He was very sore yesterday," Stevens said. "He tried to give it a go today, but he's not playing."

Walker's knee began to bother him during the Warriors game on Thursday night. Apparently it's been an issue all season long and Stevens hinted that the Celtics would have to manage (load manage?) it the rest of the season. Kemba played heavy minutes per game as a Hornet and rarely missed a game. These next two games will be his 6th and 7th that Water has sat out this season, which is more than his previous four seasons combined.

Kemba played all 82 games last season, so needless to say, Charlotte got it's money's worth. Sucks that the Celtics will probably have to deal with a load management version of Kemba at least for the rest of this season, but unless you're LeBron James, mother nature is undefeated.

The key for the Celtics will be to provide Kemba the rest days he needs during the season, so he can excel in the playoffs. Something he didn't really get much opportunity to do in his last home.

Marcus Smart will likely start at the point in Walker's absence.