Kemba Walker vs. Jayson Tatum in the NBA All-Star Game

On Thursday night, repeat all-star game captains LeBron James and Giannis Antetokounmpo drafted their teams for the 2020 NBA All-Star Game in Chicago. While attention was centered around the #1 overall pick, sitting with team LeBron, likely going to Chicago native and co-star on the Lakers Anthony Davis, fans have been raging about curious choices made by Giannis, who lost his first all-star game as captain in 2019 to Team LeBron.

From passing up on former NBA MVP and 2-time All-Star Game MVP Russell Westbrook to taking first-time All-Star Bam Adebayo as his second reserve to taking first-time All-Star Pascal Siakam fourth overall, Giannis caught the attention of the media with his non-standard team-building technique. Give Giannis credit though—the spotlight and responsibility of the all-star game captain is not one to be laughed at, and he brought his comedy game with his early on draft night. Take a look at him picking Kemba Walker over former NBA MVP James Harden.


"I want someone that's gonna pass the ball..."


While the All-Star Game will feature several pairs of regular season teammates, Kemba Walker (in his fourth straight All-Star Game) and first-time All-Star Jayson Tatum will be one of the two such pairs that will be on opposing teams this weekend—and you can tell JT is excited for his ASG debut.

With Team LeBron picking Jayson Tatum, most likely to avoid getting boomed himself or his earlier pick Ben Simmons getting yammed on again, Walker and Tatum will join Embiid and Simmons from the 76ers as the pairs of teammates to face each other in the All-Star Game. But fear not Celtics fans—Joel Embiid is on Team Giannis. LeBron James and Anthony Davis (Lakers, Team LeBron), James Harden and Russell Westbrook (Rockets, Team LeBron), Pascal Siakam and Kyle Lowry (Raptors, Team Giannis), Bam Adebayo and Jimmy Butler (Heat, Team Giannis), and Rudy Gobert and Donovan Mitchell (Jazz, Team Giannis) will all pair up this weekend like they do all year long. 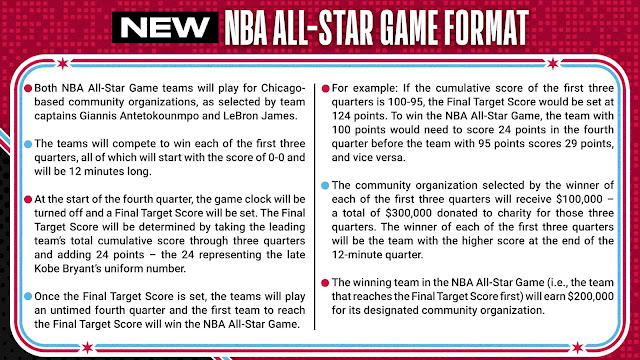 Whether or not you care much for the All-Star game, a Kemba-Tatum matchup may be worth the watch. A Tatum poster on Kemba? A Kemba crossover on Tatum? Who are you rooting for, Jayson Tatum’s Team LeBron or Kemba Walker’s Team Giannis? The 69th NBA All-Star Game will take place next Sunday night at 8 PM Eastern Time and will be broadcasted on TNT. Tatum is also set to defend his title at the NBA Tack̶o Bell Skills Challenge on Saturday night at 8 PM Eastern Time, also on TNT.