Brad Stevens and Minnesota’s Ryan Saunders seem to be the NBA’s most easy-going of bench jockeys. Do you suppose the NBA assigned their three “most apt to be rusty after a lengthy break” refs to work a game for such nice guy coaches?

By comparison, in 54 pre-ASB games with 10,755 offensive possessions, the Celts and their opposition combined for 1,097 Free-Throw Conversions – a mere 10.2 percent.

The officials weren’t the only ones struggling … Boston decided to extend its half-time intermission an extra five minutes, registering just two “stops” in their first TEN Q3 tries, allowing the home team to creep within two points of a lead the Celtics had assumed for good mid-Q1. 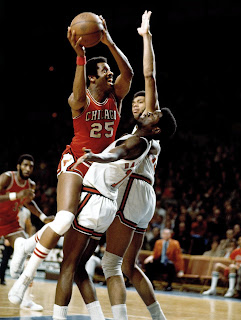 A very Happy 80th Birthday to an “Almost Celtic” – a Hall of Famer who would help Philadelphia end Boston’s string of eight consecutive championships back in 1967 before forming (in Chicago with Bob Love) one of the NBA’s most potent pair of “cornermen” ever.

If ANY team had been wise enough in the 1962 NBA Draft to select John Havlicek before the Celtics’ final pick in the first round, Red Auerbach often said he’d have snatched up the services of Chet “The Jet” Walker.