Young and Irving finish ahead of Kemba in fan voting, but will Walker snatch a starting spot tonight? 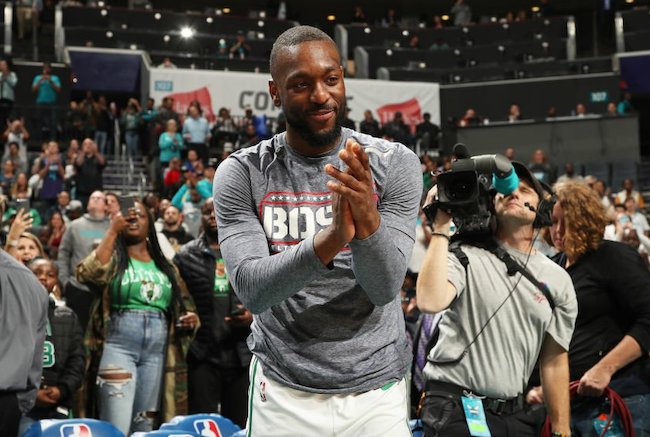 Kemba Walker was in a neck and neck race with Kyrie Irving for the 2nd guard spot in the fans voting for the 2020 All-Star Game, but the ex-Celtic guard finished ahead of him. But due to players and the media also now having a say, Kemba still has a good shot to be named a starter tonight.

Trae Young is a fantastic offensive player, but he's on the 2nd worst team in the NBA. Irving of course has missed the majority of the season for the Nets. The team went .500 in his absence. They won the first game with him back against the lowly Hawks, but have proceeded to lose the last 4. He has no business being an all-star this season.

Expect Kemba to be named a starter tonight as the players and media could very well argue he's been the conference's best guard so far. The other spot might go to Young, but also could go to another guard not in the top 2 like Kyle Lowry. Jimmy Butler was listed as a front court player, otherwise he'd be the obvious choice next to Kemba.

If for some reason Walker isn't named a starter tonight it would be both a huge upset and a travesty, well as far as all-star starter snubs can be classified as travesties.

Jaylen Brown and Jayson Tatum both have compelling arguments to be named as reserves. Expect one to make it and the other to just miss. Numbers wise, Jaylen should get the nod, but Tatum is the bigger name. Maybe we'll get super lucky and both will make it. I fear our record will prevent that.

Assuming you all agree that Walker should be a starter, what is your opinion of the Jay's? Which would you pick first as a reserve?

Assuming you all agree that Walker should be a starter, If you could only pick one of the Jay's as a reserve, who would it be?
— TEAMBOSTON (@teamboston) January 23, 2020