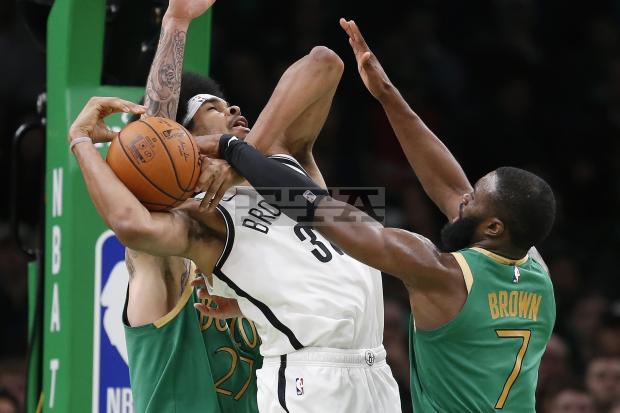 “Pleased to meet you, hope you guess my name;
But what’s puzzlin’ you is the nature of my game.”

While being interviewed after Q1 of last night’s nationally televised encounter, Brooklyn head coach Kenny Atkinson was unbothered by his squad’s lousy 2-for-11 shooting from three-point range … and it was not simply “coach-speak.” Indeed, his crew went on to attempt another 45 treys over the game’s final 36 minutes – an extraordinary 68 percent of their 66 total FGA’s during that span – finding bottom on 19 of them, a more than respectable .422 rate of success.

Brooklyn’s 3PAr for the game was .622, only the 23rd time ever that an NBA team has broken the .600 barrier in their usage of the 3FG. (The Nets and Mavs each reached the standard one time this past February, the other 20 “achievements” belong to Houston, of course – all within the last three calendar years.) 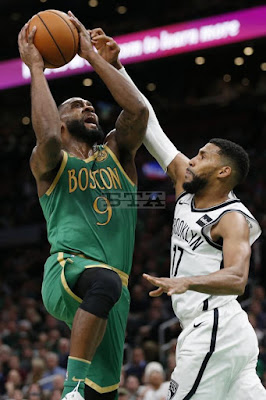 Maybe my thinking is “whack” – but does not all this opponent long bombing (103 3FGA’s out of 169 shots over the last two games) play into the hands of a team reputed to be “soft” at the “5” spot?

During their most recent 96 minutes of action, the Celtics hold a 40 – 28 advantage (including live-ball team rebounds) on the offensive boards … and a corresponding 39 – 28 edge in Second-chance points.

Former WWE 24/7 Champion Enes Kanter seemed to be giving us his Rick Robey imitation for a while during his 13-and-a-half minutes of play last night – ALL THUMBS.

Then, a handful of possessions into Q4, Marcus Smart spots EK running the floor and hits him right in the hands with an almost full-court outlet pass.

As a result of this confidence shown in him by a teammate, Kanter smoothly converted his lay-up and went on to contribute two additional Free-throw Conversions. The versatile big man added to the cause five Offensive Rebounds, three assists and a team-high four steals.