The Celtics' new city edition jerseys were leaked and they're...ummmm....different 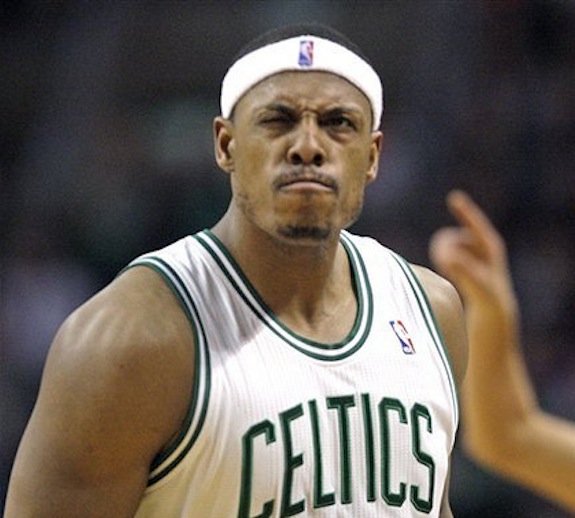 Earlier today one of the newest members of the Boston Celtics Enes Kanter may have accidentally leaked Boston's newest city edition uniforms for the 2020 season, and they have definitely garnered a response.


Apparently the new Celtics “City” uniforms leaked. If true, burn these immediately and cancel the days they were supposed to be worn. These are awful. pic.twitter.com/UAykbilHPo
— Keith Smith (@KeithSmithNBA) October 28, 2019

Nothing official has come out about the jerseys yet, so technically they are still rumored. However, Kanter did end up taking the video leaking the jersey off of his Instagram story and deleted it altogether. Yet many fans still managed to snatch up some screenshots and they've spread around Celtics' twitter pretty fast.

Most of the reactions to the new jerseys have been extremely negative, as the almost teal-colored uniforms with the somewhat gold lettering just haven't seemed to hit well with the majority of the fanbase. Since they are city jerseys, I'm assuming that the attempt with their design, text font and colorway was more of an Irish thing than anything else, but it just seems to me like they could do a bit better.

In my personal opinion, I think I've seen worse but I would prefer they stick with a more traditional look if this is the direction they want to head with some fun change. I think the idea of a more Gaelic themed alternate Celtics jersey is awesome, but damn why the hell is this what Nike is going with. The colors are just so bland and gross.

Obviously, this is not necessarily the biggest concern on the minds of Celtics nation as we have much bigger fish to fry this season than what our temporary jerseys look like. That being said, I feel the negative backlash towards the leak is very much justified, for the Celtics as an organization has been pretty strict on keeping their traditional and iconic jerseys just as they are, despite some popular fan-edited jerseys catching fire on social media over the years. It's just so odd to me that when they actually make the decision to try something drastically new this is the first thing we see. Hopefully, it won't stick around and we can look towards the more simplified Celtics' uniforms that legends of the organization have hung banner after banner in.

But what do you think about the leaked jerseys? Are you a fan or do you fall in with the majority of people who hate them? Or do you just not care at all? Let me know in the comments section down below.