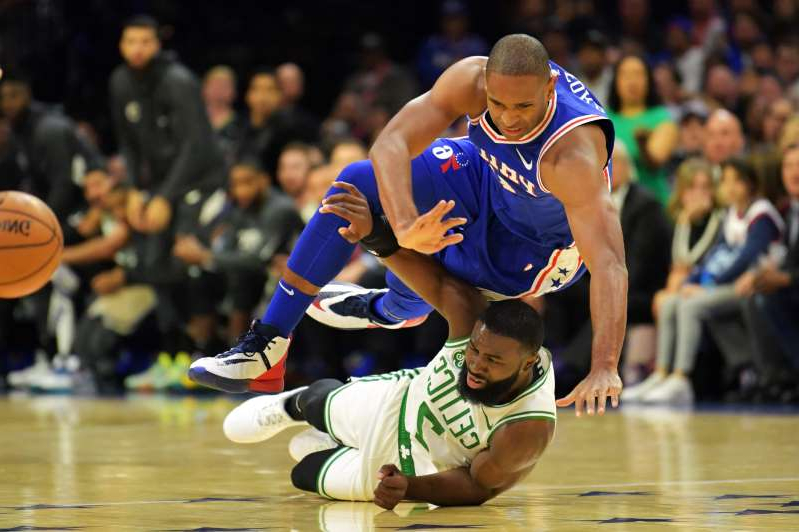 Now let's consider that teams -- both last season and in the early stages of this one -- are making about eleven-and-a-half treys per game.

So, in today's NBA, Team "Average" augments it rate of converting possessions by five or six points (I call then "Stripes") each game -- the equivalent of two or three additional conversions.

The "style" of NBA play has evolved in such a way that no team has compiled more missed free throws than successful three-pointers since the Splash Brothers were so dubbed. In other words, no team has posted a "negative" seasonal score in "Striping" for several seasons.

But in Wednesday's rather disjointed opener, both "contenders" managed to do so. 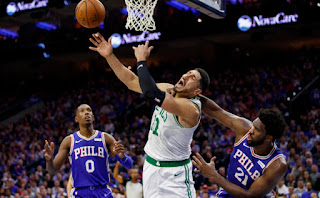 Philly's Joel Embiid was assessed a "minor" flagrant foul late in Q3 -- consequently, Enes Kanter got an FT conversion and the C's got a "free" possession.

When the stats for this game are finalized, will Embiid be assessed a Turnover to account for the extra opponent possession?