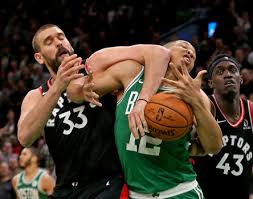 So how do Brad's small-ballers manage to outperform another NBA squad -- much less the "Reigning and Defendings" -- by a FOUR-TO-ONE margin (24 - 6) on the offensive glass ... not to mention the 21 - 2 edge in Second-chance Points? 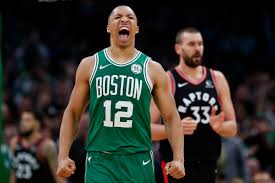 Oddly, in a game with 102 credited rebounds, no player notched double-figures. Six of the seven rebounds snared by rookie Grant Williams were at the offensive end.

Last night's contest was just the eighth time during the Stevens Era when Boston players latched onto 20 or more Offensive Rebounds -- surprisingly only the second time they've won such a game!!

This was also the 19th time since Coach took the helm that his players have surpassed 55 Total Rebounds -- in which they've posted a more impressive 13 - 6 slate.

Takin' Care of Business -- and the Ball

Of their 205 offensive possessions thus far, the Celtics have squandered but 10.2 percent to Turnovers; on this scale, the opposition fumbles away 19.5 percent of its scoring opportunities.

The C's took 31 more shots than the Raptors last night ,,, can't help but wonder if that's some kind of record?