Do the Los Angeles Lakers really have 16 championships? 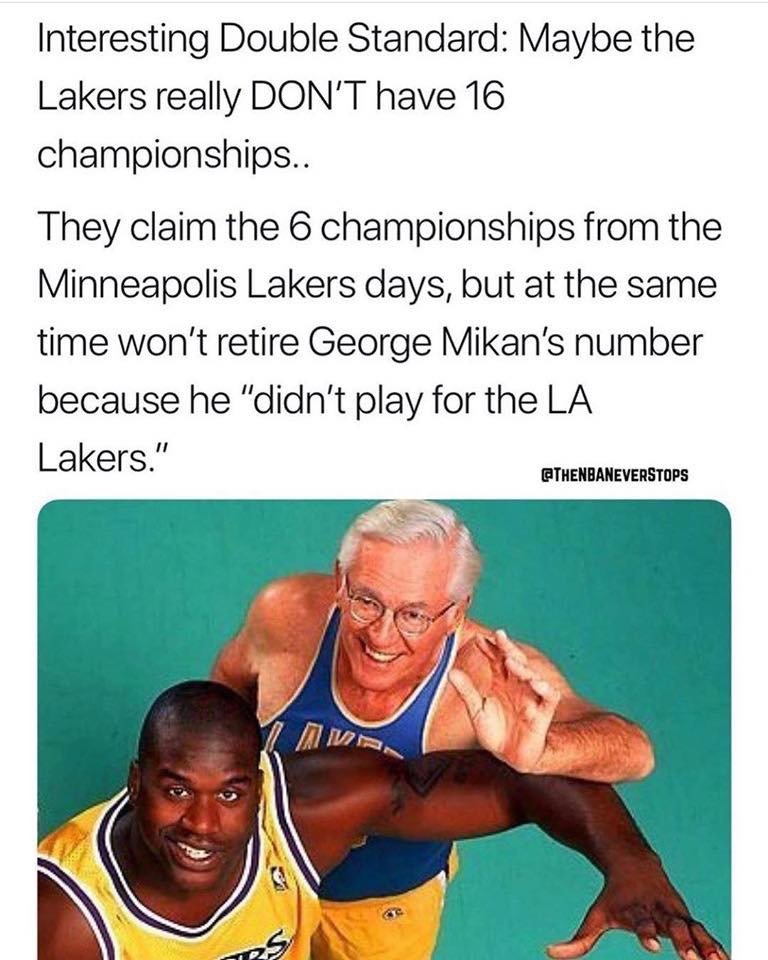 If you've been reading this blog for the past ten years two things I tend to complain about on the regular is the foolishness of choosing that the best way to honor Celtics is by preventing future players from ever wearing the same jersey number and that the Los Angeles Lakers shouldn't claim 16 NBA titles.

The Celtics have an unbelievable twenty-two numbers retired, which is the reason that practically every player that comes to Boston can't keep his number or has to pick weird numbers like 27, 36 or 99.


You can't honor the best players from your championship teams by having four from your one 1970's teams, but zero from your five time 1950's champions. If you don't celebrate George Mikan as one of your franchise greats, you can't claim 16 titles.

And the reality is the Lakers shouldn't. Just like the Thunder if they won a title shouldn't claim it's their second, because the Sonics won one back in the 1970's. The Lakers are an 11 time champion franchise. They have consistently had the best big men in the NBA at the time force their way to Los Angeles (Wilt, Kareem, Shaq, Dwight, Davis) and yet still only have 11 titles to the Celtics 17.

Now of course they will continue to tout 16 championships, because that's what Hollywood does. It's the land of make believe. But George Mikan's titles in Minneapolis belong as much to Los Angeles as they do to the Charlotte Hornets or Memphis Grizzlies. The hypocrisy is their in plain site when you see the absence of Mikan's 99 with the other Lakers' greats.