Opinion: Marcus Smart should be the Celtics new captain


There has been some debate lately about whether Marcus Smart is fit to be the Boston Celtics captain for the upcoming season. In my opinion, there would be no one better than Smart to steer this ship for the 2019-2020 season. 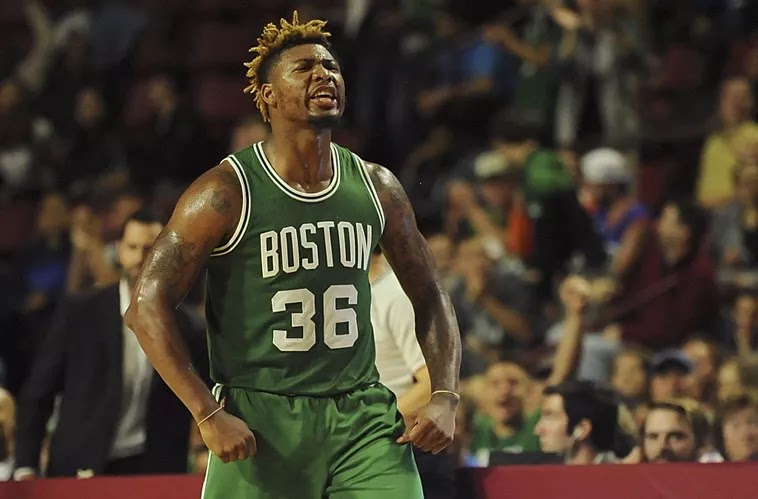 NBC Sports' A. Sherrod Blakely wrote a piece earlier this week outlining why he should be named captain. Blakely pointed to his leadership, accountability, and the length of his tenure in Boston as reason why he should don the metaphorical "C".

Anyone who watches Marcus Smart for more than five minutes will be able to see the kind of hustle he plays with. Yes he makes not-so-great decisions on the offensive side of the floor at times, but he is getting better with the ball. Last season he saw his turnovers fall from 2.4 in 2017-18 to 1.5 in 2018-19. He also made more 3-point attempts, up to 1.6 from 1.4, despite taking less per game, down to 4.3 from 4.6.

I can see why Brad Stevens may be hesitant to name him the official captain as Smart typically comes off the bench. The captain is the leader of the team, the focal point. Smart comes off the bench, but has not played less than 27 minutes a game in his career. He is the longest tenured player here, and the only one to play with the last captain in Celtics history, Rajon Rondo.

Smart is one of the most important players on this team and he deserves to be accredited for the work and loyalty he has displayed in Boston.