“No one understood Russell, not even himself.” 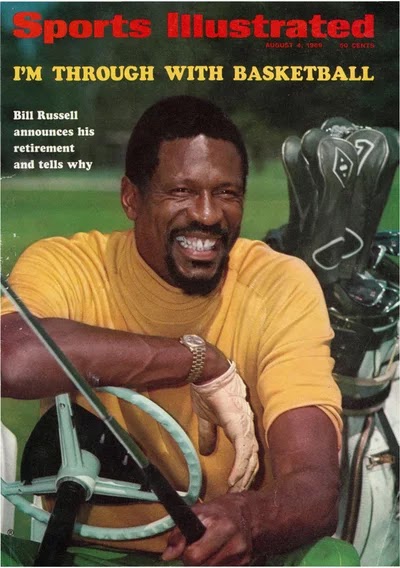 That “take” on the great Bill Russell is attributed to legendary Celtic jack-of-all-trades Tom Heinsohn … I spotted it while re-visiting Bill Reynolds’s Birth of a Dynasty. While Reynolds notes the statement as “famous” and implies it was offered after their playing days were over, no further attribution is offered. 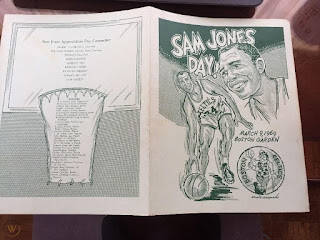 There’s plenty of documentation for the befuddled head-scratching that was spreading across the not-yet-branded Celtic Nation exactly half a century ago as the August 4, 1969 issue of Sports Illustrated was hitting newsstands and mailboxes coast-to-coast. A smiling Big Bill enjoying a day at the golf course in the aftermath of yet another championship season adorns the cover.

But it was a more reflective William F. Russell who had penned that issue’s feature piece in which No. 6 went public with his decision to forego the final season on his hefty contract and join teammate Sam Jones in retirement:

If you're really looking for a reason why I feel I've played enough, I'll tell you this. There are professionals and there are mercenaries in sports. The difference between them is that the professional is involved. I was never a mercenary. If I continued to play, I'd become a mercenary because I'm not involved anymore.


I was part of a team, and I dedicated myself to making that team the best. To me, one of the most beautiful things to see is a group of men coordinating their efforts toward a common goal—alternately subordinating and asserting themselves to achieve real teamwork in action. I tried to do that—we all tried to do that—on the Celtics. I think we succeeded. Often, in my mind's eye, I stood off and watched that effort. I found it beautiful to watch.


… But so far as the game is concerned, I've lost my competitive urges. If I went out to play now, the other guys would know I didn't really care. That's no way to play—it's no way to do anything.

Remember that last-second shot that Sam took to win the fourth playoff game? Well, Sam is a great shooter, but that was a real cooperative effort. We wanted a play that would help us win the kind of close games we were getting involved in, and we started with what was basically an old Ohio State play. Probably either Siegfried or Havlicek brought it up. The first time we tried it in practice, it took 13 seconds. We worked it down to seven. All five players have to make perfectly timed moves and fakes, and the passes have to be exact. It saved us in that fourth game.

In moments of weakness, I almost like Red — a little.


I can tell you one thing for sure—I'm going to play a little golf. I'm going to become the hottest 6'9" black left-handed 16-handicap golfer to come along in years. So if you see a tall, handsome, bearded fellow on your course some day, who looks as though he's ready to laugh—probably at himself—as he faces an impossible putt, let me tell you this: for your own good, don't put any money on that putt.

So, Who Knew Beforehand?

By all accounts – and even though he’d ever after claim to empathize fully with Russ’s decision – Red Auerbach was blind-sided. He’d picked up Jo Jo White to be paired with Don Chaney and groomed into the new Jones Boys. No such blueprint had been prepared for the center position. (Bill had been backed up by a breaking-down Jim “Bad News” Barnes and under-sized rookie Rich Johnson in ’68-69.)

In his 1979 tell-all memoir Second Wind, Bill acknowledges having shared his decision with close friends around the league … though he mentions only Oscar Robertson by name. (It’s uncertain if he even told his wife and children.) 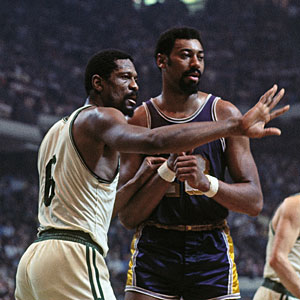 Do you suppose Bill would have shared such a personal matter with so formidable a rival as Wilt Chamberlain?