Boston Celtics' third-year wing Jayson Tatum has launched a cologne called "FIERCE" with company Abercrombie & Fitch. The launch of this line, at Abercrombie in Fanueil Hall in Boston, was a huge success with people standing in long lines to take photos with Tatum and check out his new product. 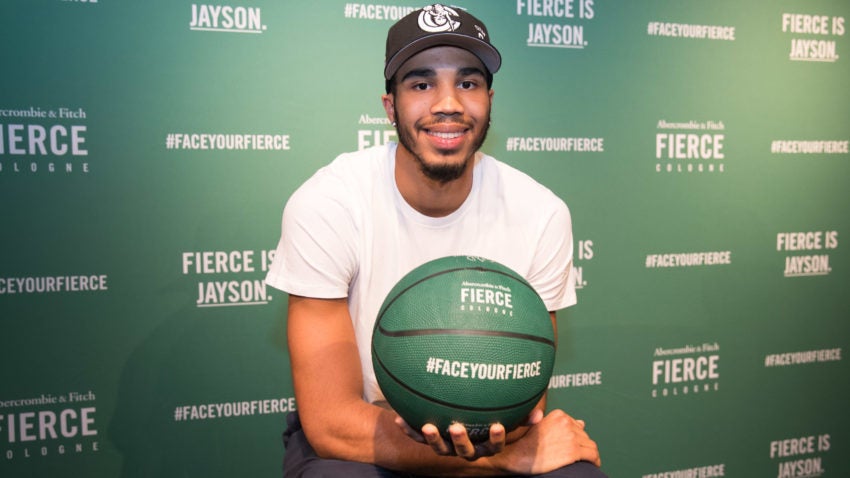 NBC Sports Boston got footage of the event here:

It's safe to say that the turn out for @jaytatum0's fragrance launch for @Abercrombie was a success 🤩 pic.twitter.com/4dugP4d7jC

This is the second accessory related sponsorship deal Tatum has gotten this off-season, as he signed a shoe deal with Jordan Brand in June.

Boston Sports Tonight sent DJ Bean to Fanueil Hall to cover the event, and this video was the result:

The Boston Globe's Adam Himmelsbach was also in attendance and took this video of the line:

This was the line to see Jayson Tatum at the unveiling of his signature cologne at Abercrombie & Fitch today. pic.twitter.com/mxbNEOlMeh