With the 20th pick in the 2019 NBA draft, Celtics took Matisse Thybulle of Washington


With the 20th pick in the 2019 NBA draft, the Celtics took Matisse Thybulle of Washington (per SI's Jeremy Woo):

MATISSE THYBULLE
SG | Washington | Senior
Cleveland Cavaliers
Cleveland Cavaliers (via Rockets)
There’s been a lot of league-wide speculation that Thybulle has a promise somewhere in the 20s, dating back to his decision to skip the combine. Trying to figure it out has been one of the more mysterious subplots of this predraft process, and there’s been nary a peep about Thybulle or any sign he’s been working out for anyone. It’s still unclear where Thybulle’s guarantee may have come from, but the smart money is that he has one.

With strong instincts for forcing turnovers and athletic gifts that could make him immediately impactful on that side of the ball, Thybulle is a worthy option in this range. If a team can develop his catch-and-shoot game and help him become a passable offensive player, he feels like a no-brainer rotation guy at worst. There’s been very little chatter about this Cavaliers pick, and with two first-rounders in hand (and this one being in a range where it’s harder to see someone you like falling too far), it’s reasonable to theorize by process of elimination that Cleveland might be the team that takes him. 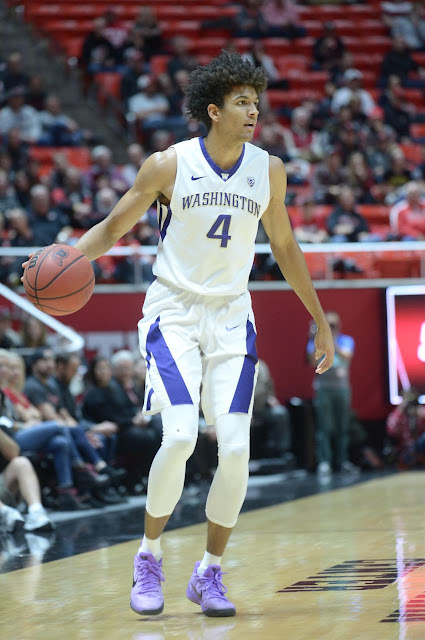 Boston is selecting Mattise Thybulle at No. 20 -- and possibly trading him to the Sixers, league source tells ESPN.