Ice Cube's BIG3 Basketball League is returning to New England on July 13, 2019, this time to the Dunkin Donuts Center in Providence, RI. The first of three games begins at 12:00 Noon. 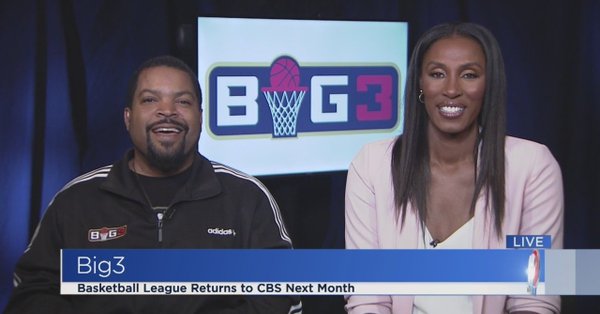 The third season for the BIG3 actually begins on June 22nd at Little Caesar's Arena, Detroit, MI. The League has expanded from eight to 12 teams and have added more big names to their rosters.

Ice Cube and Lisa Leslie talk about the Big3 coming to the Dunkin Donuts Center. https://t.co/SLJ6yQOiXf

The BIG3 is all about entertainment, fast competition and ready access to their star players and coaches. A few of the stars you can expect to see in Providence are Brian Scalabrine, Rick Barry, Michael Cooper, Mike Bibby, Ricky Davis, Joe Johnson, Al Jefferson, Glen "Big Baby" Davis, Nate Archibald, Gilbert Arenas and Lamar Odom.

🚨🚨🚨 The BIG3 is proud to announce @CBS and @CBSSports as the official broadcast partners of Season 3. Games will air LIVE Saturdays and Sundays starting June 22. Every weekend. All summer long. #BIG3Season3 #BIG3onCBS pic.twitter.com/ji0xwtqULf

Tickets for the Providence games go on sale May 31st and can be purchased at BIG3.com/tickets. The BIG3's third season will certainly be the their best yet. Games can also be seen on CBS and CBSSports.