Evan Turner may be calling Portland home these days, but former Boston Celtic ET dialed up some amazing play off the bench of late. 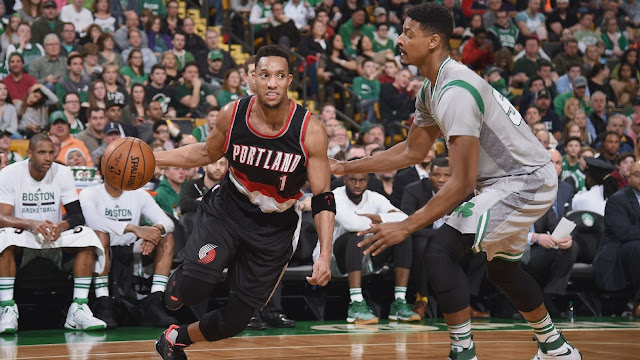 So amazing, in fact, it was record-breaking; Turner managed to become the very first person in NBA history to log back-to-back triple doubles off the bench since records were kept on starts in 1970-71.

While Evan's contract may be too rich for Boston's blood (and, truth be told, the Portland Trailblazers', too), his late-season awakening got the Hospital Blazers some much-needed wins, and did his former team a solid in helping keep the Memphis Grizzlies a little further from being able to convey their pick this season, which will almost certainly be more valuable in coming seasons with less pick protections.


Evan Turner is the first player since starts were first recorded (1970-71) with consecutive triple-doubles off the bench 💪 (via @EliasSports) pic.twitter.com/EPvM1BHgy1
— NBA on ESPN (@ESPNNBA) April 4, 2019

Even still, Turner's contract, signed in those heady days of 2016 cap space is among the worst in the league, offering up a paltry 6.6 points, 4.5 boards and 3.9 assists per game this season while earning almost $18 million this year.

As much as we all can agree that ET's postgame interviews are out of this world, had Danny Ainge matched or even beat Portland's offer, I think we'd all be saying, "ouuuuuuch" right now.