Despite significant pain, Marcus Smart on schedule with rehab


Right off the bat, when Marcus Smart says he has pain laughing and sneezing, you just know it's high on the pain scale. He has been having trouble simply moving without wincing, but none of this should make anyone think he won't be back in four more weeks. In a previous article, I compared Smart's injury and recovery to that of an Australian football player with a similar injury. That player was back in action 35 days after the injury, and his first rehab phase involved pain relief. 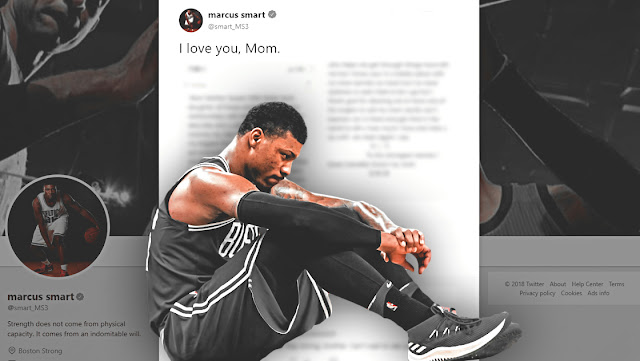 👎 Marcus Smart is still in pain with things like laughing, sneezing

It seems that the pain is subsiding, and Marcus may soon move on to Phase 2 of his rehab, improving muscle endurance - meaning exercise with low weight and high reps. As the tweet indicates, Kyrie Irving has emphatically stated that he will hold down the fort until his backcourt mate returns.

Intense pain is hardly ever regarded as being a positive factor in recovery, but in Marcus' case, it is. He knows only one way - going all out. Not a good time for him to be doing much physically, so the terrible pain keeps him in check.

Marcus Smart says he’s “making great progress” and is now able to walk and do other things that he previously was unable to do pain-free.

When he returns is up in the air. Does he come back when able to play - or does he and the Celtics staff play it safe and wait longer than that. His rehab will determine that. My guess, and experience, tells me that once the pain is almost gone, Marcus will progress quickly. He hates being on the sidelines, watching his teammates fight to advance in the post-season. And playing it safe - please! We are talking Marcus Smart here. No matter when he returns, he will be diving on the floor - blocking shots at the rim - fighting for loose balls. It's the only way he knows. His mom raised quite a warrior.