In a previous article, I pointed out some areas of concern relative to the 3-game Bucks-Celtics regular-season series - beyond the fact Milwaukee took two of the three contests.
1.) The Bucks outscored Boston on average 110.3-107.0
2.) They shot 47% as opposed to the Celtics 40%
3.) Milwaukee scored 49.3 points-in-the-paint to Boston's 34.0 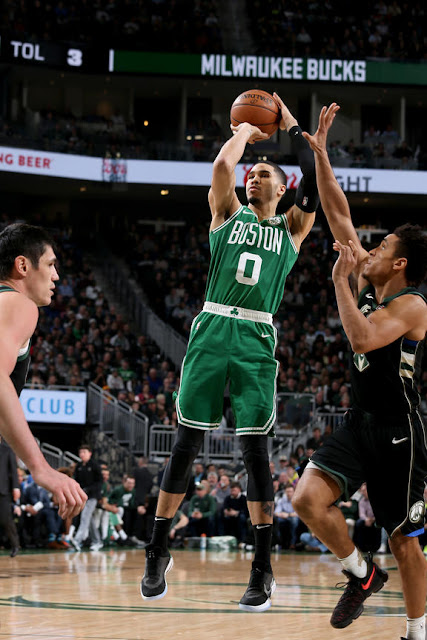 Giannis Antetokounmpo driving the lane for a slam must be a nightmare for most of his defenders. Sometimes it's a offensive foul on The Greek Freak. Sometimes it's a blocking foul on the defender. Picture this (easy for me, because I have been there). A deer (hopefully not a Buck with antlers) is trapped in a factory. You are trying to keep it from dangerous machinery, but it is powerfully strong and can run faster and jump higher than you. Giannis landed on the right team. He can run and jump like a Buck.

He can outrun his defenders, Out-muscle them. Out-jump them. And he is fairly close to being a legit 7-footer. Good luck Al Horford, Jaylen Brown, Semi Ojeleye - and any other Celtic that Brad Stevens wants to put in there. Stevens will have a strategy for slowing Giannis - and hopefully getting him in foul trouble. If it all clicks, Celtics win Game 1. It starts at 1:00 PM ET. Brad has most likely already drawn an imaginary line some distance from the Bucks basket. His message is clear. The Buck stops here!