Marcus Smart, long known for his bricks as much as his defensive intensity, has quietly become one of the Boston Celtics' best shooters this season.

Currently sitting at 37 percent shooting from deep on the season, he's improved a full seven percentage points over his career average, and his two-point game hasn't languished, either. 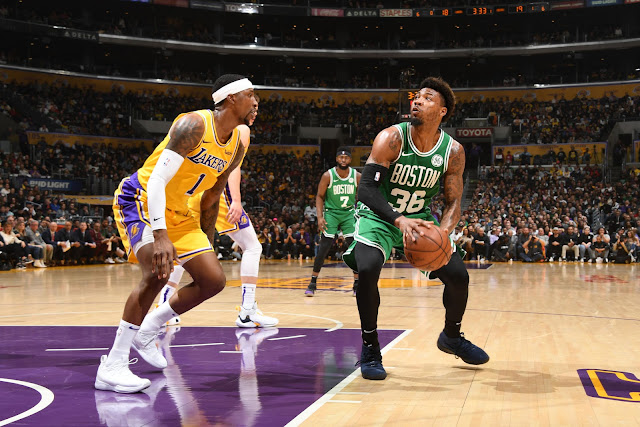 He's improved to just over 50 percent overall on twos everywhere on the floor save the longest of twos, which also happen to represent the smallest part of his shot selection since his sophomore season, at just five percent of his shots taken.

This shooting renaissance has mostly gone unheralded despite the fact that Smart is now the team's sixth-best three-point shooter and third-best playing significant minutes with significant attempts (Daniel Theis, Brad Wanamaker, and PJ Dozier, all technically ahead of Marcus in percentage from deep, have less than a third of Smart's attempts combined).

For Boston, this means we should be able to see more spacing and scoring in the big-game moments of the playoffs as rotations shrink and Smart's opportunities to shoot increase.

And while the urge to cringe when he launches a trey has not quite worn off yet for many of us, the proposition of him not shooting is increasingly looking like a bad bet.