Kyrie Irving to play Saturday against the Lakers 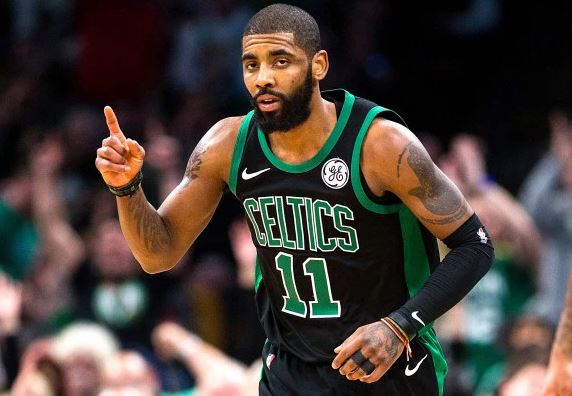 The Celtics stroll into Hollywood for Saturday's game against LeBron James and the Lakers winners of two straight. As they prepare to face the struggling Lakers in a prime time tilt, they will do so with the services of their All-Star point guard, Kyrie Irving:

As team chemistry remains a topic of concern, according to the Boston Globe's Adam Himmelsbach, Irving seemed to be in a good mood at practice Friday as he prepares to take on his former teammate:

Before missing the game against the Kings, Irving scored 19 points while dishing out 11 assists in the C's 128-95 thumping of the Golden State Warriors on Tuesday.

Rob Welch3/08/2019 05:08:00 PM
Share
Rob Welch
I have been a die hard Celtics fan since birth, even though I don't really want to talk about the ML Carr/Rick Pitino Eras but I will if necessary.
Newer
Older