The Boston Celtics beat the Sacramento Kings 126-120 at home, narrowly avoiding being the victims of the upstart team's revenge on their own court. 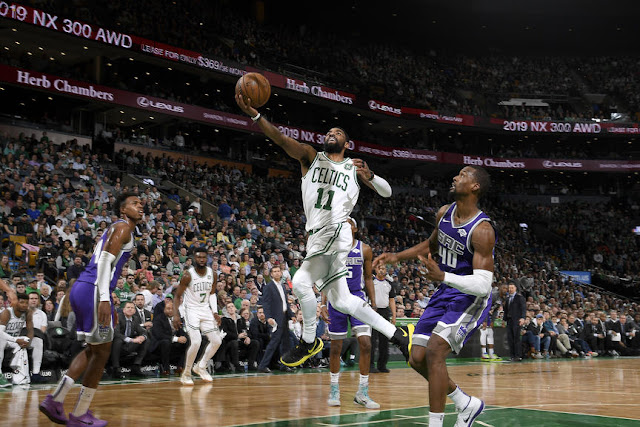 Despite the fact they were down by as many as 17 early, the Celts battled back, pulling to within six to close out the first half.

As has been the case more times than I'd like to recount this season, Boston's early lack of effort could have cost them the game, but outstanding performances early by Kyrie Irving (31 points, 12 assists and 10 boards), and in the third by Jaylen Brown off the bench (22 points on 9 of 16 shooting, including 3 of 4 from deep) and Marcus Morris Sr. (21 points and 13 boards) kept it close until the Cs pulled away in the fourth.

Boston next faces the Atlanta Hawks at home this Saturday for an early game, 11:30 tip-off EST.