Could the Grizzlies AND Clippers picks be in play for a surging Celtics?


Suddenly, things are breaking the way of the Boston Celtics again - will the momentum hold?

For a lot of jaded fans this season, even a little success has us looking over our shoulder. But at least for now, things are looking up. In the shorter term, Boston is looking at a real chance to move up in the standings, with the Philadelphia 76ers and Indiana Pacers now tied for third, the former with a game remaining against the Cs, and the latter two. 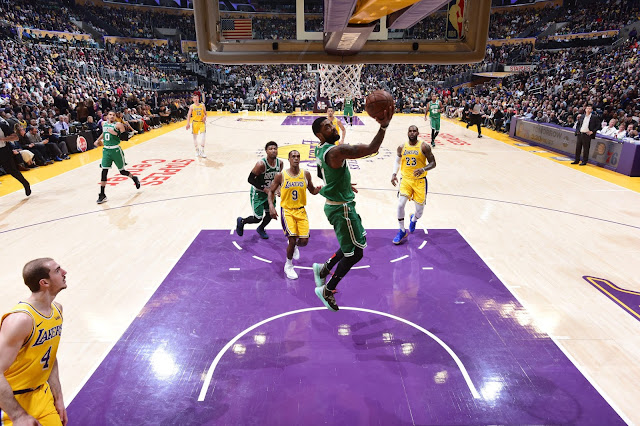 In the longer view, it's looking like Boston might just land not just its own, the Sacramento Kings/76ers pick, and the Los Angeles Clippers pick I wrote on earlier this week, but also the Memphis Grizzlies pick, after the Griz have gone on a mini-streak of three wins while many of their peers looking to miss the postseason have gone into tank mode.

Memphis would still have to win some more games while having that trend continue, but with the Los Angeles Lakers and New Orleans Pelicans looking to make up (lose?) ground in the race to the bottom above them in the standings, and the Washington Wizards, Dallas Mavericks and Atlanta Hawks doing the same with even worse records, that doesn't seem out of the question.


All of a sudden the Grizzlies have won 3 in a row and now have the 8th worst record, just barely ahead of the Mavs and Wiz, and 1.5 games behind the Pels in the 9th worst spot. (Celtics pick is top-8 protected.)
— Adam Himmelsbach (@AdamHimmelsbach) March 11, 2019

Of course, unusual movement in the draft lottery could upend these trends just as easily as the remaining schedule can, the latter laced with a few tough gems before the Griz truly move on from what's left of the Grit n' Grind era, including the Oklahoma City Thunder, Portland Trailblazers, Houston Rockets, Detroit Pistons, and a pair of tilts with the Golden State Warriors.

Tough as that may be, there's also three games against lottery-bound teams over their next four, as well as two games against the Mavs in their final four games, and a match against the Phoenix Suns separating the stretches for good measure.Out of those six games, four or maybe even three wins plus an unexpected W somewhere else on the remaining schedule ought to put Memphis in the 9-10 range of the draft.

One would think they would like to send the #9 pick to Boston and then really tank next season.
— Tankathon.com (@tankathon) March 11, 2019

Such a scenario could see Boston end up with not just the ninth pick, but something like the 12th (via the Kings/76ers), 17th (via the Clippers) and Boston's own, likely to fall in the mid-20s. For those of you who'd like to see more of the current core retained, this would represent one of the better paths to that outcome, should the Pelicans be interested in a lot of swings at a star plus a solid prospect and perhaps a more established veteran.

For now, I'm just happy to see these guys playing well together and thinking about the moment. But I'd be kidding myself if I thought the Cs' front office, players and even myself didn't also have one eye on this summer.