After two truly unacceptable losses to both Los Angeles teams, we will read a lot about the lack of team play - the need for more aggression - avoiding hero ball. But the major flaw in the Celtics makeup is an absolute lack of killer instinct. When Boston assembles a large lead, they relax instead of delivering the death blows to an opponent that only appears to be down and out. 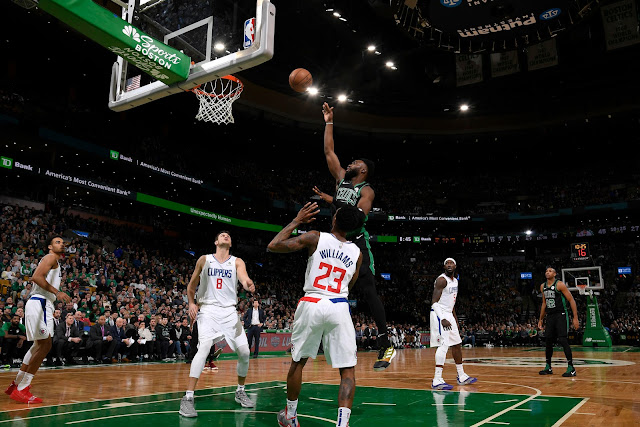 How many horror or monster movies have we seen where the evil-deed-doer has been repeatedly shot, bombed, stabbed, dismembered (add additional bodily insults here) - seems to be dead or unable to continue any form of attack - only to again rise up and mutilate another group of victims. That is what happened with the Lakers and Clippers. They were down and allowed to revive and destroy the Celtics.

Boston had the Lakers down 18 points at one juncture, only to see them go on a run and win the game on the most-unlikely-of-plays. A last-second 20-foot jumper by none other than Rajon Rondo. When have you seen that before.? How about never!

Last night is was the Clippers. They were down 28 points to the Celtics. Even coach Doc Rivers thought the game was out of reach for his team (per NBA's Jimmy Golen):

We didn't have it. We didn't have anything. To pull it out was special,'' said Clippers coach Doc Rivers, who led Boston to the 2008 NBA championship. ''We were taking notes already for the next game. That's how far we were out of it".

- Largest comeback by any team on the road since 2009
- Biggest blown lead for the Celtics since 2003
- Clippers are the 1st team in the last 20 seasons with multiple 25-point comebacks in a season pic.twitter.com/r2Ad0V8kyf

Have not the members of this Celtics squad seen The Thing, Terminator, Alien? Maybe not since they would have learned the lesson - when the enemy seems down and out, make sure they're dead-in-the-water. Don't relax. Apply the killer shot that assures victory.

Kyrie Irving has that instinct, but when he went out with a knee injury - everything changed - for the worst. Do you think Bill Russell, Dave Cowens, Larry Bird, Kevin Garnett or Paul Pierce would have allowed the enemy to rise up. Don't think so!

My readers can see that I share their total disappointment. I don't want to hear a player with only one assist in a losing cause (Marcus Morris) sounding off. Verbalizations mean nothing to me. Action and results are what matter.

Merriam-Webster defines coup de grace as "putting to death a person or animal who was severely injured and unlikely to recover." The Celtics didn't do that with the Los Angeles teams. They allowed the Aliens from LA to come into their home and leave with victories that shouldn't have happened. As Danny Ainge scans the buyout market that is in full swing, he had better look at a guy that talks less and knows the meaning of coup de gras - and applies it!