Taco Jay wins the Skills Challenge - should Taco Bell link up with him?


The Boston Celtics youth movement is proving to be a potential marketing bonanza for unexpected brands - first Robert Williams, and now Jayson Tatum.

It started with TIMELORD getting interest from TIMEX watches due to his quantum-powered nickname, and after Jayson "Taco Jay" Tatum won the Taco Bell Skills Challenge, part of this week's All-Star celebrations, that speculation on the strength of the Duke product as a brand spokesperson emerged for that fine brand of definitely-not-Mexican-fast-food. 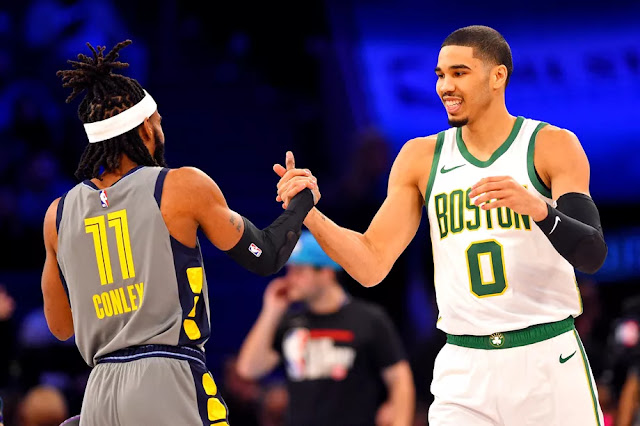 Tatum, who got the nick from his excessive love of cheese atop such gringo-esque facsimiles of roughly half the street food in my neighborhood (Mexico City, for newer readers), seems an ideal match given his tastes, moniker, and now victory in a Taco Bell-sponsored event.

Personally, I think they need to consider including the guy who stole the show from Jayson earlier in the weekend, as having a "Taquito Jay" on board simply opens the potential for advertisements for a considerably longer window, assuming Tatum's son shares his father's affinity for Tex-Mex fast food too.

What other current or former Celts could be a great fit for a marketing coup that's yet to emerge? A line of baby products aimed at engaging fathers for Gordon Hayward called "Daddy's Always Happy"? Surely, given one of our Marci being named Smart has to be ripe to tie to a host of techy and healthy products?


Jayson Tatum on the appropriate amount of cheese to put on his tacos: "That's a good question. I usually start off with three tacos, and I use the whole bag of cheese throughout the three tacos."
— Boston.com Celtics News (@BDCCeltics) February 16, 2019

Let us know your best ideas in the comments below - maybe, if you all come up with some solid ideas, we can make a feature out of them tomorrow.