Isaiah Thomas may be ready to go tonight vs. Kings, the team that drafted him


Although not in stone, it appears Isaiah Thomas may be about to hit the court once again after a long rehab following hip surgery. His tweet this morning makes it close to a lock that he is ready to go tonight. 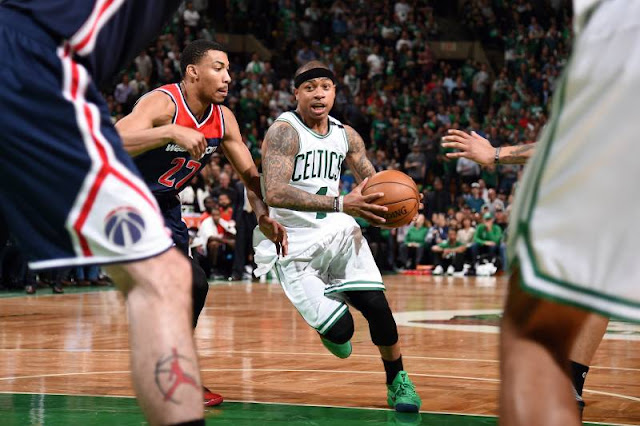 Isaiah Thomas on what it will take for him to make his #Nuggets debut tomorrow night at the Pepsi Center vs. #Sacramento pic.twitter.com/okf5xkgPfq

Give it Hell tonight, IT. Boston fans and @CelticsLife wish you the very best. See you on March 18th. Will be doing an another article.

Isaiah's team, the Denver Nuggets, will face the Sacramento Kings tonight. Sacramento drafted Thomas as the "last kid picked" in the 2011 NBA draft. He was chosen last in the second round, the 60th pick. He has over-performed that low pick ever since.

Isaiah Thomas (finally) gets his tribute video in Boston on March 18.

That will be 670 days after he played his final game for the team. https://t.co/ubJndJ4gr0

Let's hope it all works this time for the video tribute. The NBA is a business, and oftentimes, a harsh one. Isaiah became a victim of that harshness, and we hope that he is fully-recovered from his hip injury. He can be exciting to watch - even on another team.