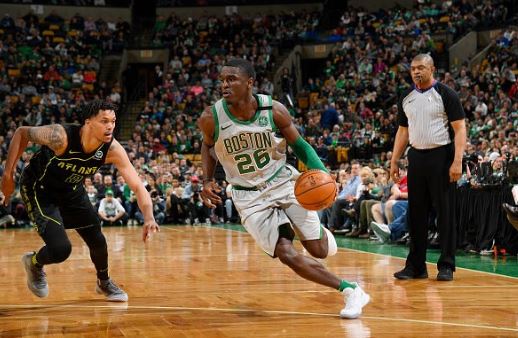 President of Basketball Operations Danny Ainge and the Celtics were very quiet at the NBA trade deadline only making a minor deal to open up roster flexibility:

Celtics have traded Jabari Bird and cash to the Hawks, per sources.
— Adam Himmelsbach (@AdamHimmelsbach) February 7, 2019

The 24-year-old Bird, who hasn't played all season, is facing criminal charges for domestic assault and threatening his girlfriend.

By moving Bird to the Hawks, the Celtics open up a roster spot for possible buyout candidates. New York Knicks center Enes Kanter has been a name floated around as a possible roster addition:

Opposing executives believe the Boston Celtics will be among the teams with interest in Enes Kanter if/when the Knicks big man parts ways with NYK.
— Ian Begley (@IanBegley) February 7, 2019

Kanter has since been waived by the Knicks:

After acquiring Bird, the Hawks are expected to waive the guard:

Rob Welch2/07/2019 03:37:00 PM
Share
Rob Welch
I have been a die hard Celtics fan since birth, even though I don't really want to talk about the ML Carr/Rick Pitino Eras but I will if necessary.
Newer
Older