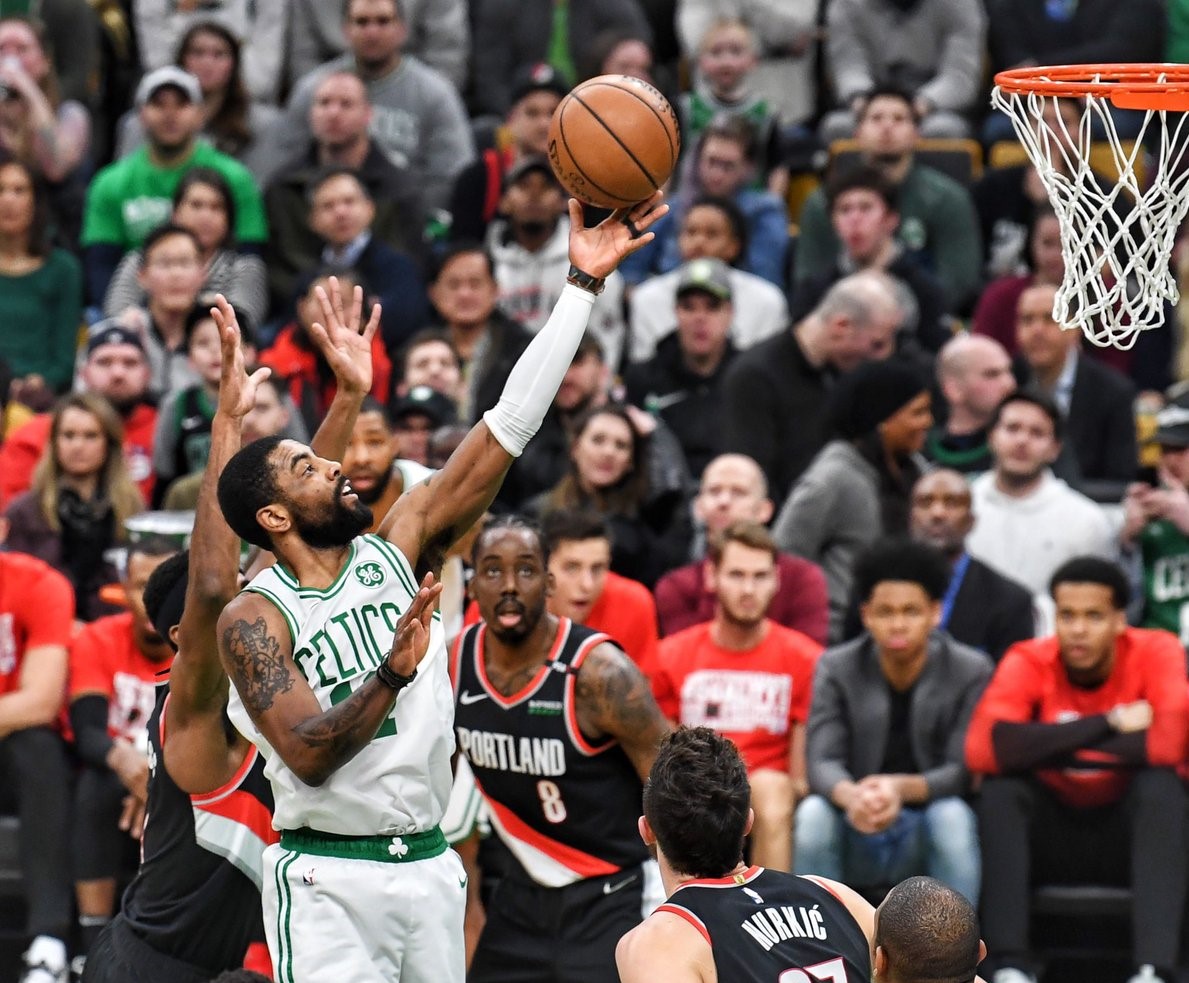 Man did it feel good to be home. Well, sort of. After stumbling in their three road games out of the All-Star break, the Celtics were back at the TD Garden to host the Portland Trail Blazers. While they looked a bit better early on, the Celtics ultimately let the Blazers build a small lead, which was enough for them to hold on and hand Boston a 97-92 loss. Kyrie Irving (31pts/5reb/3ast) was outdueled by Damian Lillard (33pts/7reb/4ast), but it was really the supporting casts that set Portland apart.

It looked like Irving was going to have a massive night after the opening minutes, as the point guard started off hot with Boston's first pair of field goals. He was being assertive while running the offense and was dancing with defenders:

Kyrie takes it into the lane and finishes high off glass! pic.twitter.com/MIFiDSA5rh
— Boston Celtics (@celtics) February 28, 2019

#11 finished the quarter with 11 points - nearly half of the Celtics' points. Al Horford contributed seven more points on effective shooting but other than these two, there were only six total points scored by two players. Clearly, it didn't seem like it was a great offensive quarter.

However, Boston was shooting over 50% from the floor and holding Portland to just 40%. The difference maker was that the green lost the battle of the boards and lacked the physicality that their opponent had. The Blazers grabbed three offensive boards and had 10 trips to the free-throw line, while the Celts only had one offensive rebound and didn't attempt any free throws.

These factors nearly balanced each other out, leading to a one-point game at the close of the quarter.

Boston's supporting cast finally began showing up in the second. Marcus Morris had six points in the frame, while Jayson Tatum and Jaylen Brown added four apiece. This one Brown move in particular brought the home crowd to their feet:

Still, the Celtics offense was still missing a lot of shots and struggled to put points on the board. Daniel Theis missed some easy looks he typically knocks down.

Luckily, the Celts defense kept them in the contest:

A lot of missed shots for both sides, mixed with some solid defense, led to a tight, low-scoring first half:

Nothing seemed to go right for Brad Steven's unit in the third quarter. Right from the start, it was a sloppy showing - and Portland took advantage of Boston's miscues time and time again.

The Blazers didn't turn the ball over at all in the 3Q, while Boston coughed it over seven times, which led to an important 13 points for POR. There was a whole loe of this throughout the quarter:

Not only was the ball security killing the defense, but Lillard got hot. After scoring 12 points in the first half, Lillard, the league's leading 3Q scorer, showed exactly why that's the case. He scored an additional 15 points in the quarter alone, getting anywhere he wanted on the court. No, seriously...anywhere:

Boston stepped up the defensive intensity to start the 4Q - largely due to (who else but) Marcus Smart. After a perfect quarter of taking care of the ball, the Blazers turned the ball over three times in the first two minutes of the 4Q:

Smart was absolutely huge for the home team down the stretch - not only with his defense but also some surprising production on offense. He scored ten points in the quarter, hitting some big shots to keep the Celtics in striking distance.

By halfway through the 4Q, Portland had missed 20 of their last 21 three-point shots. However, their big man made up for their horrific perimeter shooting. Jusuf Nurkic stepped up for the Blazers late, blocking a pair of shots and scoring eight points in the quarter. Aron Baynes would've normally been a great solution to this, but with him sidelined, nobody could stop Nurkic in the paint.

The Celtics fought, continuously shrinking the deficit to a doable 2-6 points for a long period of time. They simply couldn't scratch all the way back, though. Every mini Celtics run was responded by Portland retaliation.

Despite all the game-saving plays Smart made down the stretch, he also took an ill-advised three-pointer that would've made it a one-point game with few ticks remaining. This bad miss led to another Blazers bucket, which iced the game.

After a fourth straight loss against Portland on Wednesday, Boston now sits 2.5 games back of 4th place in the East. That means the Celtics will likely have to win three straight best-of-seven series without the benefit of home-court advantage to reach the Finals. Sitting just 14-16 away on the year, Boston is becoming a longshot to get out of the East, let alone win a title, even though the odds tracker here still shows that their championship odds are tied for 4th-best in the NBA at +1200.