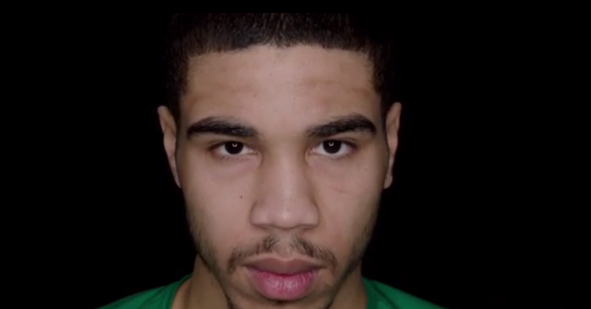 The New England Patriots will take on the San Diego Los Angeles Chargers tomorrow afternoon in the Divisional Round of the NFL playoffs, and one of the Boston Celtics young stars was featured in Tom Brady's Instagram post aimed at firing up the fans:

WHO WANTS TO RUN THROUGH A WALL WITH ME?!

Pretty cool for the old dog, Brady, to show some love to the next generation of Boston superstars in his vignette. Our guy Jayson Tatum was featured along with Red Sox and Bruins young studs Mookie Betts and Charlie McAvoy. Betts has already arrived, helping the Sox win the World Series this past season while also capturing the American League MVP award, and Tatum and McAvoy are both on the rise to stardom for their respective teams.

It's always great to see the New England teams showing their support for one another. Here's just another great example of the passionate sports culture in the region.