Jaylen Brown looking like the 2018 post-season version of himself


It took a while, but Jaylen Brown is looking like the 2018 post-season version of himself. Actually, he has been even better than that. He is telling his critics that they may have been wrong about him. 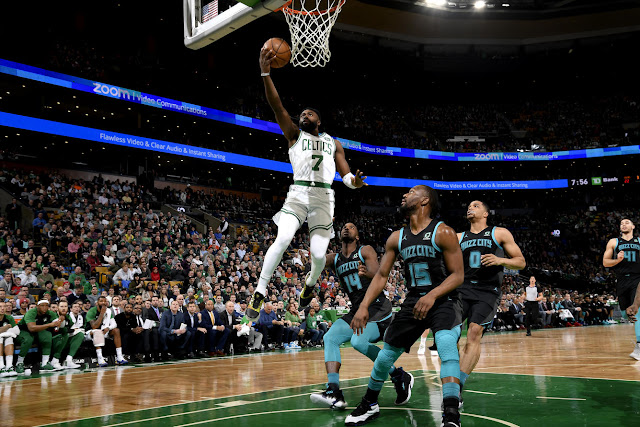 GET JAYLEN BROWN INTO THE DUNK CONTEST pic.twitter.com/LpYJdemIao

In last night's 126-94 blowout of the Charlotte Hornets, Jaylen played a team-high 29 minutes (tied with Marcus Smart) - scored a team-high 24 points - and was also the top board man with ten rebounds. He looks relaxed and comfortable out there, and he seems to be enjoying himself.

Jaylen Brown has recorded the first 20-point, 10-rebound double-double of his NBA career

Brown did it all last night. Beyond the double-double, he always seemed to be in the right place for offensive rebounds and put-backs. His points also came on fadeaways, full-court drives and highlight dunks. His 10 rebounds were a bonus. The highlights below are worth watching. If Danny Ainge was thinking of a trade involving Jaylen, he may have second thoughts.