The Boston Celtics will finish their current three-game road trip tonight against the Brooklyn Nets, However, they may have to do it without one of their star players. 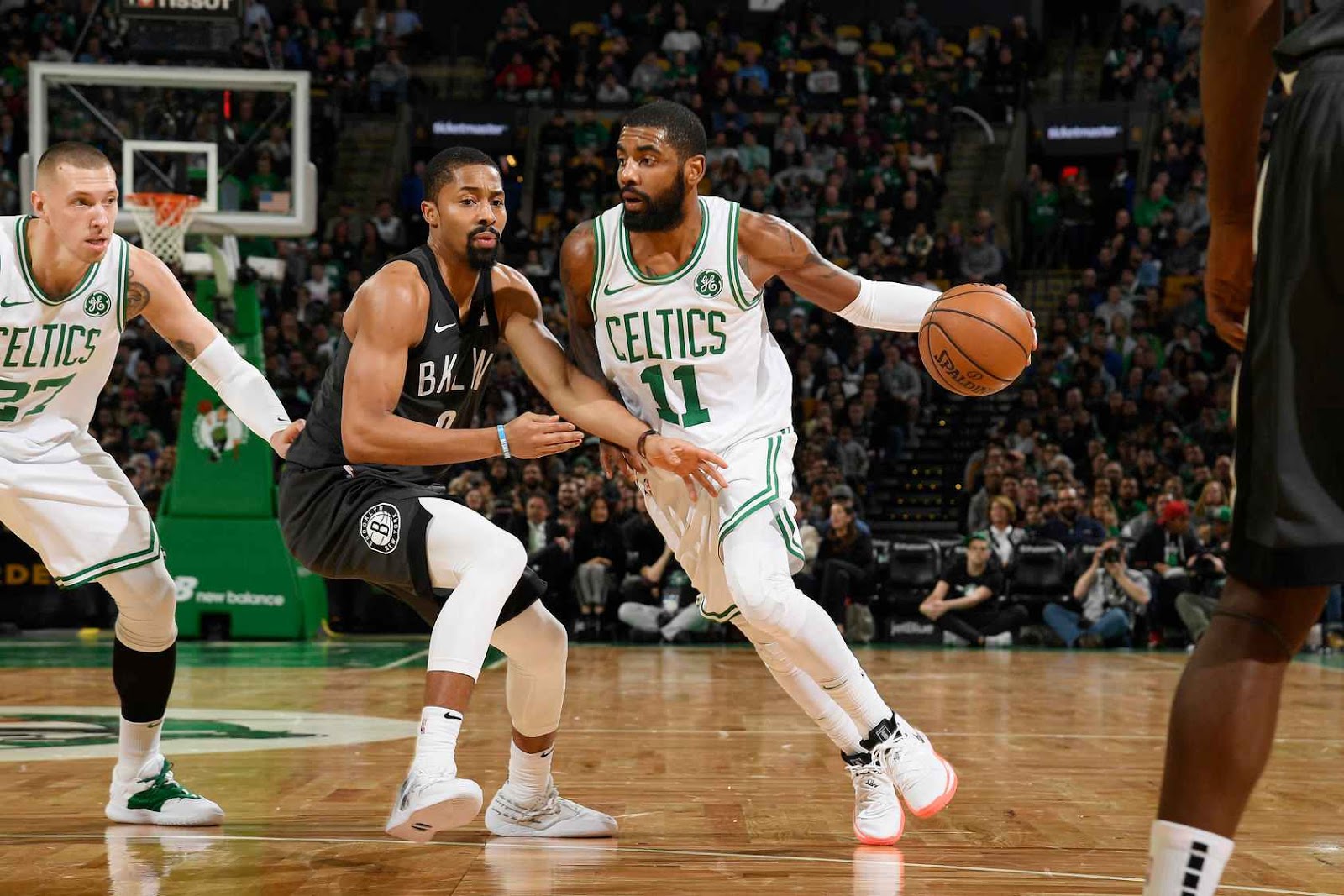 Celtics' Kyrie Irving has been listed as "questionable" for tonight's showdown against the Nets, the six time All-Star is said to be nursing what the team describes as "right quad contusion". (per Boston Celtics official twitter account):


#NEBHInjuryReport for tomorrow vs. Brooklyn:

The news came on Sunday night just one day after the team's loss against the Orlando Magic. We will most likely know whether Kyrie will overcome the pain and be available for the Celtics tonight after the team shootaround, when Head Coach Brad Stevens is due to speak with the media. Stevens will also have the chance to shut down any rumours that this latest news has any link to the clear frustration that Kyrie showed after the defeat to Orlando. Here are some of the best football bets you'll want to follow.

Although it may seem a blow to the Celtics to be without Irving, he has already missed four games this season. One thing worth noting is that when he hasn't been available, the Celtics have won three of those four contests, to hold a pretty impressive 3-1 record.

Can the Celtics bounce back against the Nets tonight? Can they improve the record without Kyrie to 4-1? Let us know with your comments.