Irving and Smart OUT of Brooklyn Nets game

The Boston Celtics take on the Brooklyn Nets tonight, looking to end their current two-game losing streak. However, if they are to do so, they will have to do it without two key starters. 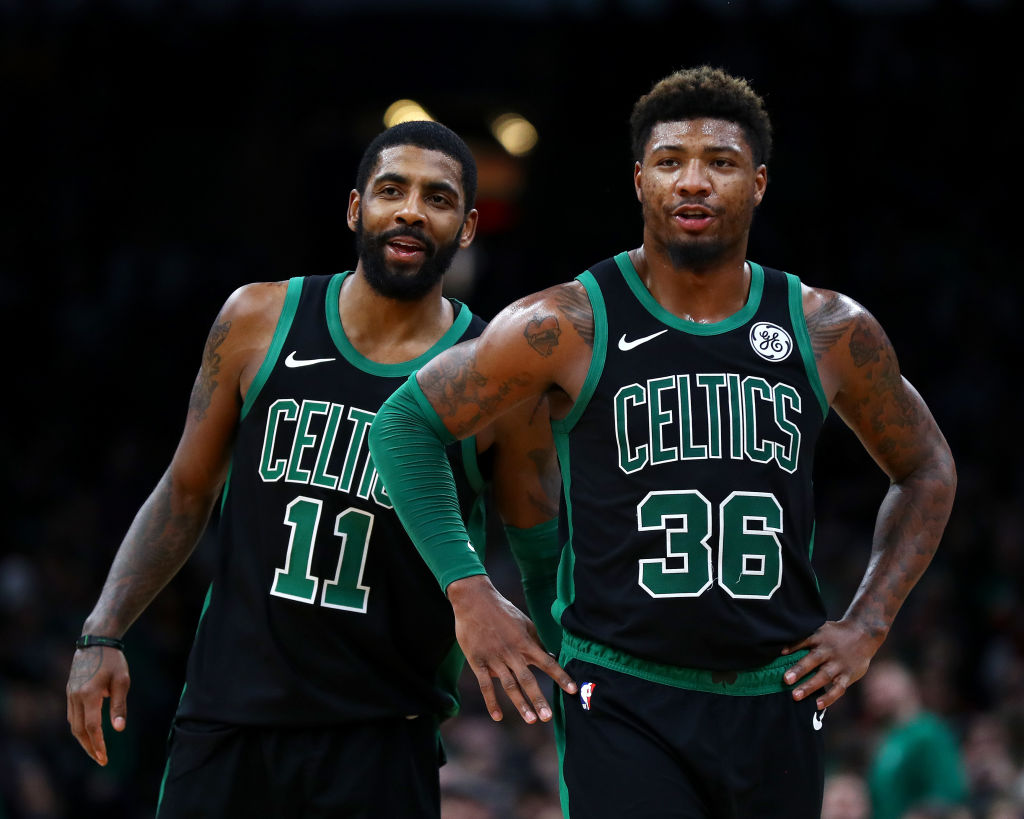 As i posted earlier today, Kyrie Irving was listed by the team as "questionable" due to "right quad contusion". Shortly after it was confirmed by the Celtics that he would indeed sit out of tonight's game against Brooklyn, this isn't something to be too concerned about though as they also stated that he would be back for Wednesday's showdown at TD Garden with the Toronto Raptors. (per Boston Celtics official twitter account):

#NEBHInjuryReport: Kyrie Irving (right quad contusion) confirms that he will not play tonight, but will be back for Wednesday’s matchup with Toronto.

Its not just Kyrie who will be absent from the court tonight, as along with the update of his availability, Celtics also announced that Marcus Smart will miss the game due to illness. (per Celtics twitter):

#NEBHInjuryReport Marcus Smart will also be unavailable tonight due to an illness.

With both starting guards out of tonight's game, it's expected that Terry Rozier will slot into the point guard position. This is a must-win game for the team as they look to build some momentum heading into the game against Toronto on Wednesday, so players like Marcus Morris, Jayson Tatum, and Al Horford will find themselves with bigger parts to play, against a Nets team who have surprised many of late with how well they are playing.

How will the Celtics fair without the key pairing of Irving and Smart? Doe this affect their chances of coming away from Brooklyn with a W?, Let us know with your comments.