Marcus Smart's billiard pass leads to a twice-for-Theis, but no assist


Marcus Smart is known for winning plays, but this one was never in the playbook. Nor was it intended to be. Smart's pass was off the back of Daniel Theis and into the hands of Kyrie Irving - who promptly took the opportunity to score. 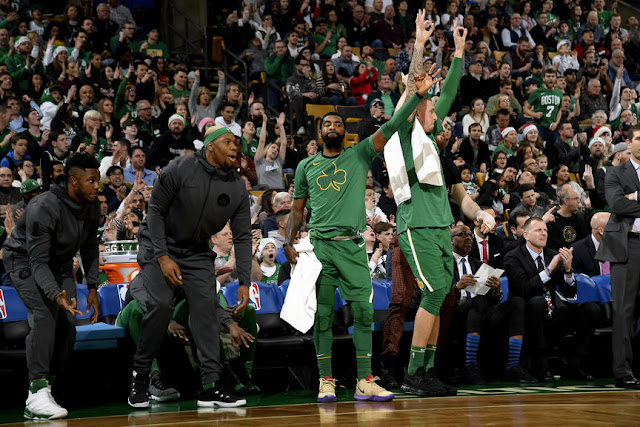 Twice is a billiards term referring to a bank shot that hits two opposite rails, in this case the rails were Daniel Theis and Kyrie Irving. Apparently, no assists were granted on Irving's shot, and I think Theis was robbed. Just call it a Theis Heist.