Jaylen Brown may be ready to go on Thursday - what is causing his slump?


Jaylen Brown went through practice yesterday and feels ready to go on Thursday against the New York Knicks. His status for the game is still uncertain as he recovers from a tailbone injury. He had not played in several games - Marcus Smart has taken his place in the starting unit - and no one yet knows what to expect upon his return to active play. 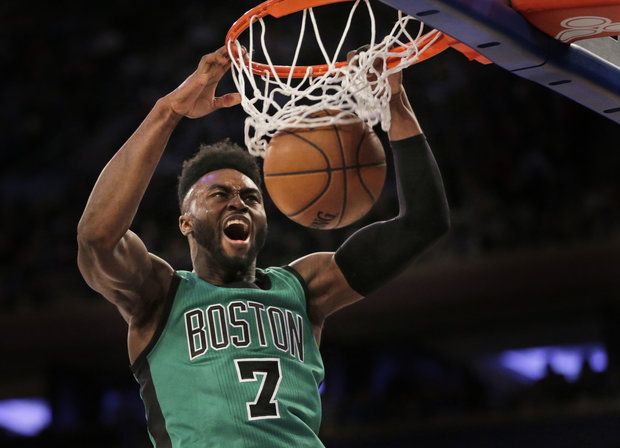 Jaylen's minutes are down slightly from last season, going from 31 MPG to 28 MPG this year. His offensive numbers are down a bit, but still in line with the reduction in playing time. It's his shooting accuracy that has suffered.

This season, he is hitting 40% from the field and 25% on threes, compared to 46% and 40%, respectively, last season. We can never be sure of what Brad Stevens may choose to do upon Brown's return, but it would seem likely that Jaylen may be heading to a bench role, a la Gordon Hayward. Smart and Kyrie Irving seem to have found some synergy as partners in the back-court, and it is very possible that Brown and Hayward may do likewise in the second unit.

#NEBHInjuryReport: Jaylen Brown went through a hard practice yesterday and feels fine today, according to Brad Stevens. Brown will practice today but there’s no determination yet for Thursday night.

More important than what role Brown takes on upon his return is what is causing his slump. Is it too little interest in the game and more in other endeavors - as many have proposed. Has he reached his peak much sooner, and at a lower level, than we expected. Is he being too unselfish with the return of Kyrie and Gordon. Or is it something else. Feel free to vote in our Twitter poll or state your views in the comment section.

Jaylen Brown may return to action on Thursday versus Knicks. What is causing his slump?