Celtics fans are asking two questions about rookie Rob Williams - why is he not playing more minutes, and how would he fare if given those minutes? No one knows the answers for sure, but I was frankly surprised to see how his per-36-minutes numbers projected. 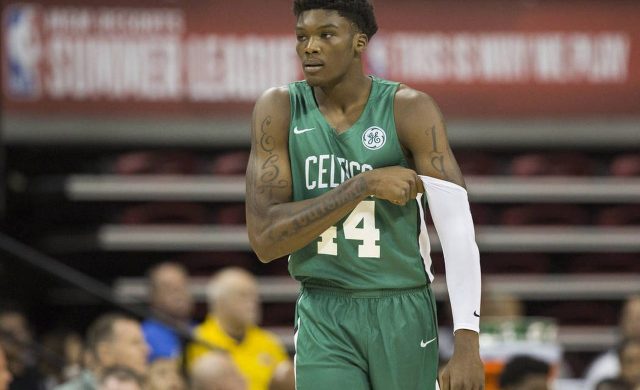 Rob Williams already making an impact with rebounding and blocks. Why doesn’t he play more🤔

When all the Boston players' stats are projected to per-36-minutes, Rob leads them all in four key categories. He is first in rebounds per game at 11.0 RPG. How about blocks? You must be kidding! How do 6.3 blocks/game sound? He leads in that one too.

Does this mean he should start - or that Brad Stevens is blocking early stardom for Williams? No on both counts. He is only averaging 3.8 minutes per game, and that is a small sample. It is ironic that in a League that has gone to position-less basketball and small ball, most of the teams in the higher rankings have a dominant big man. Rob Williams could be one down the road. Look for my article on the subject later today.