Kyrie Irving wishing all a happy Thanksgiving - or maybe not


Does Kyrie Irving like Thanksgiving or not? Looks like he is torn. The Native-American side doesn't care for it, but the other part at least likes the food. With Kyrie, we are never totally sure of what he is saying and why he is saying it. 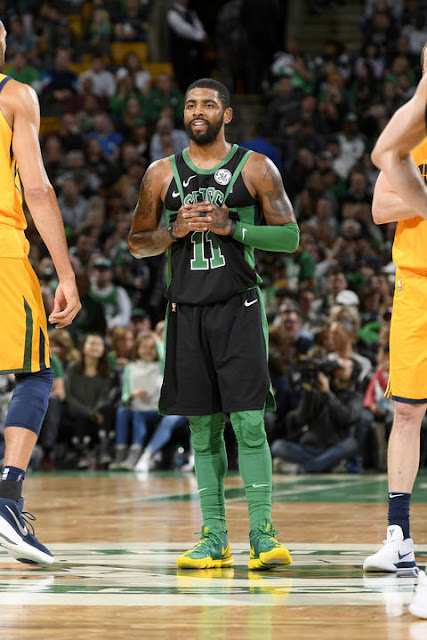 Kyrie Irving, who is part Native American through his late mother, isn't a fan of tomorrow's national holiday. "I don't celebrate Thanksgiving...Fuck Thanksgiving."

Well, that's one side of Irving's view of the holiday. Let's hear from his other side.

So maybe Kyrie was simply pissed about The Celtics losing to the lowly New York Knicks. Sometimes anger prompts better performance. This might even turn things around for the Celtics. Here is one take on that possibility.

This is the new “suck my dick”.

THIS TEAMS ABOUT TO GO ON A RUN

With Kyrie Irving, nothing surprises. I have no idea about the legitimacy of the tweet below, and frankly, I am heading into Boston for the Holiday soon and have no time to research it. I merely present it to our readers without knowing much about it. Happy Thanksgiving!