Derrick Rose is a cursed man. 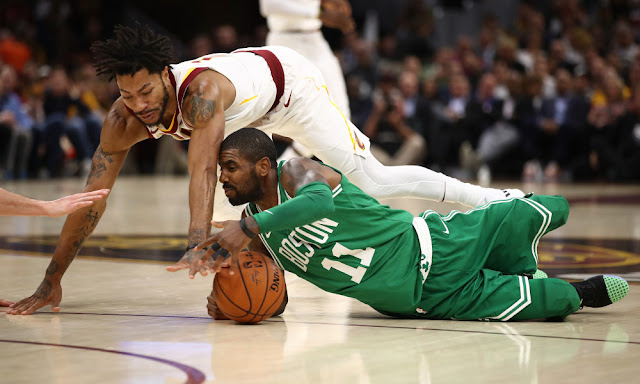 Whether you believe in the basketball gods or no, the man has bad luck. Last night, he was on the court to witness the horrific injury of Caris Levert, the promising young Brooklyn Nets wing who went down with an injury not unlike that which befell Gordon Hayward in the Boston Celtics' season opener last year.

Derrick Rose on Caris LeVert: "It's always terrible seeing something like that. I was on the court for Paul George, (Gordon) Hayward and his."
— Diamond Leung (@diamond83) November 13, 2018

...that Derrick was also present for. Just a coincidence, of course, but it's really weird that both of these two injuries occured in this most injury-prone man's presence. Now Levert faces the same long road back as the one Hayward isn't even quite finished traveling, and if the injury to Paul George tells us anything, it's that it could be a while yet until either is "themselves" again.
Did I mention Rose was there for that injury, too? Because he was. We haven't quite gotten to the point that players ought to demand to be benched while he's on the court, but one more freak injury in the man's presence might just make Derrick the first player forced out of the league for other people's injuries.
For more stories by Justin, click here.