NBA Math has their TPA player rankings out, and Kyrie Irving not surprisingly is right in the mix . He sits in fourth place behind Nikola Jokic, Lebron James and Anthony Davis. 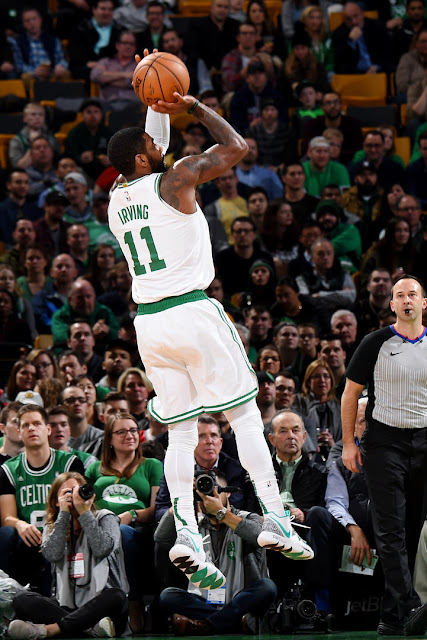 TPA (total points added) represents a player's value in terms of offense and defense, while adjusting for his number of possessions. Probably not a perfect means of determining a player's value, but it does make sense.

Jokic is in first place, followed by James and AD. Kyrie is fourth, followed by Giannis Antetokounmpo, Damian Lillard, Kemba Walker, Nikola Vucevic, James Harden and Steph Curry. Irving's last eight games have been MVP-worthy. In that span he has averaged 28.3 PPG, 5.0 RPG, 6.7 APG and 2.9 SPG, all while shooting 55% from the field, 41% on threes and 81% from the foul line.

Kyrie is playing lately like the guy we traded for. His production on the floor is both remarkable (and much-needed) and efficient. The bonus is that he is an true entertainer. He is damn fun to watch. You just can't put a number on that!