No extension for Terry Rozier, but Demolition Squad remains intact - for now


In a recent article I informed our readers that the deadline was approaching for an extension on Terry Rozier's contract - and not to hold your breath. The deadline is two days away, and it appears no deal will be reached. This was expected, but the question remains, where does this saga go from here? 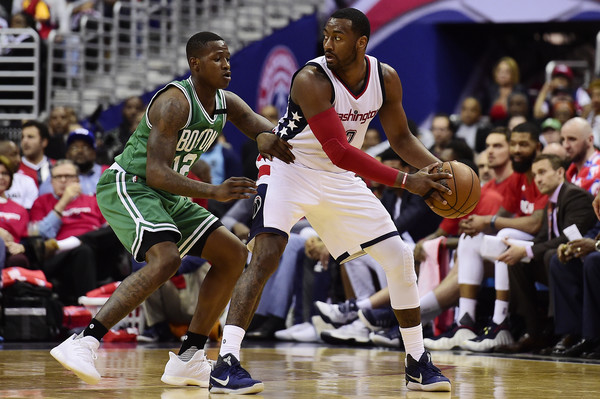 Per the Boston Globe, Terry Rozier won’t reach an extension agreement with the Celtics and wants to be a starter next year.https://t.co/BYNCdb49nO pic.twitter.com/VezWySPkAs

Terry has too much value for Danny Ainge to allow him to simply walk away at the end of the season. He will be in demand as a solid, two-way combo guard, but what is he worth? ESPN's Jackie MacMullan may have given us a clue:

(Terry) Rozier is a better player than Marcus Smart. I don't think anyone would disagree, yet Smart has wormed his way firmly into Brad Stevens’ aorta. He's living there.

He's my favorite player until Game 7 of the Eastern Conference finals where he won't stop shooting, and you're like, "Will you stop shooting?"

Jackie's point may just be that T-Ro is the better player, but Danny Ainge and Brad Stevens value Marcus Smart more. The finer point is that other teams may value Rozier more than Boston. Marcus just picked up a 4-year/$52 million deal with the Celtics, but a similar contract may not work for Terry. It seems a certainty that Danny will be getting calls from other General Manager's on Terry's availability, but for now, he is a vital part of the Celtics second unit - which by the way, no opposing team wants to face.

Jaylen Brown, speaking at MIT, asked which Celtics player drives him the craziest. Without hesitation:

“Today in practice he hit me with an elbow — and he was on offense. And I just subbed out.” pic.twitter.com/nFq2I0bm7a

It all begins with Marcus Smart and Aron Baynes on that expected second unit - which I fondly refer to as the Demolition Squad. These two guys are willing and able to do the dirty work necessary to win games. Gregg Popovich often kept Baynes out of Spurs practices to avoid injuries to Aron's teammates. Looking at Jaylen Brown's comment in the tweet, Smart seems to have the same propensity to go all out in practices.

T-Ro fits right in with that Demolition Squad. He is one tough kid and plays defense right in opponents' shirts. We all know Marcus Morris has a level of toughness about him, and Mr.-Never-Stops-Moving, Daniel Theis, is the quintessential second-unit rebounder/defender who can score.

Where does the Terry Rozier saga go from here? I have no solid idea - only a few ideas. But for now, he is a Celtic, and we are glad to have him with us. He wants to be a starter and will be looking for more than $12-13 million per year. Right now, he fits nicely with that second-five that most opponents will absolutely hate to come up against. ESPN's Jackie MacMullan said it best in her analysis of the Boston-Philadelphia rivalry:

The thing that I'm excited about is it's Celtics-Sixers. I grew up with this. I grew up watching it, and then as a very young reporter I grew up covering it, and it is just awesome because the city most like Boston to me has always been Philadelphia. They're both blue-collar, tough, lunch-pail people who have a chip on their shoulders because people don't consider them New York or L.A. or one of the big cities. Their mental makeup is so similar, they both have fans that are absolutely disgusting and nasty when things ...

There's so many similarities. I just love it when this rivalry is alive and well. It's wonderful. And the proximity of the city, everything about it is fantastic. Fantastic.