Has the NBA Lost its (Home Court) Edge? 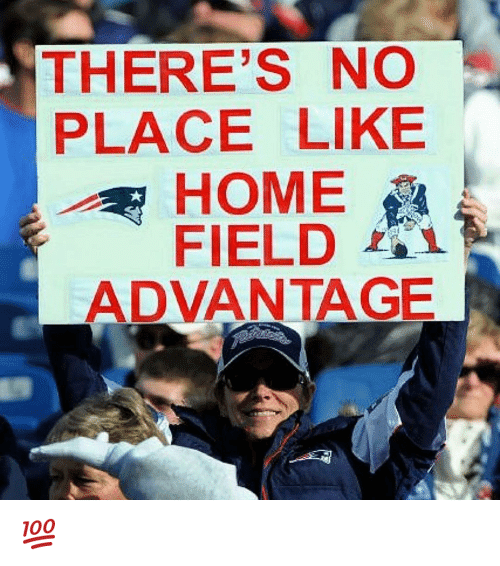 One of the adolescent rites of passage for a Boston hoop fan of my generation was winning parental approval to attend a Celtics game on a “school night,” that school night traditionally (like, for decades) falling on Wednesday. During the season, it seemed as if the C’s played at the old Garden just about every Wednesday and Friday night unless the circus or an ice show was booked. (The Bruins, who owned the building, hoarded the coveted Saturday night slot and were inclined to use the open dates more profitably with concerts, pro rasslin’ and what-not.) 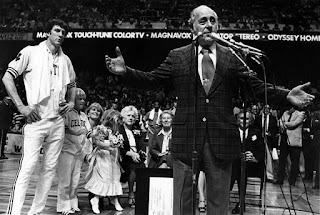 Now, never fear, the C’s were scheduled for their fair share of Thursday and Saturday play as well. Playing three or even four straight nights was hardly uncommon – John Havlicek’s illustrious career concluded with four consecutive games in early April of 1978, the league’s 32nd year of play.

Ten months after Hondo hung ‘em up – and ten years after I’d reached that maturation milestone – I found myself back at the Garden on a Wednesday evening impatiently awaiting the start of the Celtics’ match-up with Paul Silas (still one of my favorites and the only NBA player to win more than two rings during the 1970’s) and the Seattle SuperSonics. 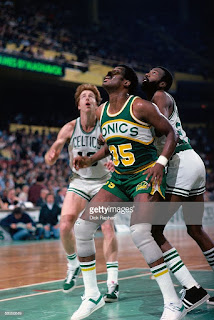 Punxsutawney Phil had apparently seen his shadow five days earlier, as a winter storm was making its way up the eastern seaboard and the contenders from the Pacific Northwest encountered a glitch or two traveling – commercial, of course, in them days – from New York, where they’d lost to the Knicks Tuesday.

We in the crowd were ultimately informed of the cause for delay, and that the Sonics were en-route directly from nearby Logan Airport. Soon, a freckle-faced, red-headed, 24-year-old Dennis Johnson was jaunting toward the court to hoist a few shots … the teams warmed up normally, and the game tipped off about 40 minutes behind schedule.

The deep and talented SuperSonics – a team constructed by none other than Bill Russell himself – put six players in double-figures, led by 28 points from Gus Williams, and held a four-point lead at the intermission. But with Chris Ford basically living at the free-throw line (15-16), player-coach Dave Cowens’s crew took control in the second half and repelled their road-weary foes by seven points.

The victory over the ’78 runners-up sparked the Green Machine to three wore wins in a row (two of them on the Garden’s familiar parquet). Alas, from that point, Boston would wrap up its season-from-hell with but six more wins in 27 games. 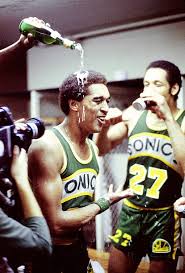 Conversely, following the loss, Seattle was just halfway through one of the NBA’s dreaded “four-games-in-five-nights” stretches and would fall in Milwaukee and Houston that weekend. But Coach Lenny Wilkins’s contenders would right their ship all the way to a ‘chip.

Interesting, isn’t it, how two teams on completely different season paths can each pull a total but temporary “180” during the same week? Kinda weird!

Now what isn’t so weird is that, of the eight games involved in this role-reversal, the Home team won seven times. During the 1978-79 season, a 22-team NBA conducted 902 regular-season games – Home teams won exactly 600 of them, essentially two out of every three (.665). The defending champion Washington Bullets' season-best winning percentage (.659) was not so lofty.

Wow, such an enormous gap in data – even over a span of nearly four decades – tends to get my “Sherlock Holmes” juices a-flowing. Let’s investigate a bit, shall we? 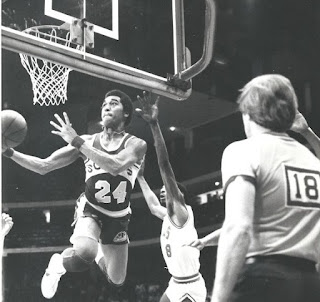 As Bill Russell was wrapping up his playing career in 1968-69, NBA home teams won 368 of 574 regular-season games, a rate of .641. Four of the circuit’s then-14 teams exceeded that standard. [N.B. The NBA still utilized both neutral courts and the ever-popular NBA doubleheader (primarily at MSG in New York) in those days, so some of those “Home-Away” designations that season must have been arbitrary.]

By the 1988-89 season, if I recall correctly, Detroit Piston owner Bill Davidson had already introduced the idea of a private plane to the burden of air travel. Davidson’s Bad Boy Pistons did post a league-best 26 road victories on their way to a championship, but the other 24 teams combined for only 305 victories on a foreign floor that year – a whopping .677 for the Home-boys. Only the Pistons, Lakers and Cavaliers played better than that.

Here’s a breakdown of regular-season performance at home since then:

Now don’t give up hope entirely, all you lovers of Home and Hearth – there is one set of conditions under which familiar surroundings do indeed seem to impact outcome. Last season, an NBA team played the second night of a back-to-back on its home floor 146 times … those Home teams won 88 (.603) of those games, went 56 – 40 (.583) against “rested” teams.