Kyrie Irving shows up at Rucker Park - nothing to see here!


Get used to it! Until Kyrie Irving signs his next contract with the Celtics, his appearance at any location outside of New England will initiate rumors of his departure from Boston. 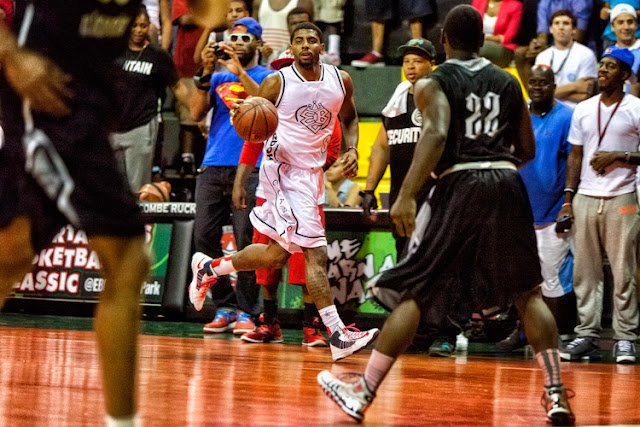 Kyrie showed up at Rucker Park for the New York vs. New York tournament over the weekend. As always, he got a lot of attention. And speculation.

In the past, Kyrie played briefly at Rucker Park, and his Uncle Drew character is closely connected to the Park, so there really is nothing to see here - and no need for speculation.

It is clearly obvious that Irving loves the game of basketball - playing it and watching it. We won't be totally sure about his future with the Celtics until his signature is on that next contract, but for now - there is nothing to see here!