Bill Simmons is a long-time, well-respected NBA analyst, and he had some very interesting points about the Celtics as currently constructed, in addition to the team's impending minutes-crunch. He also voiced his view on a pairing of two players he sees as the core of a future Boston super-team. 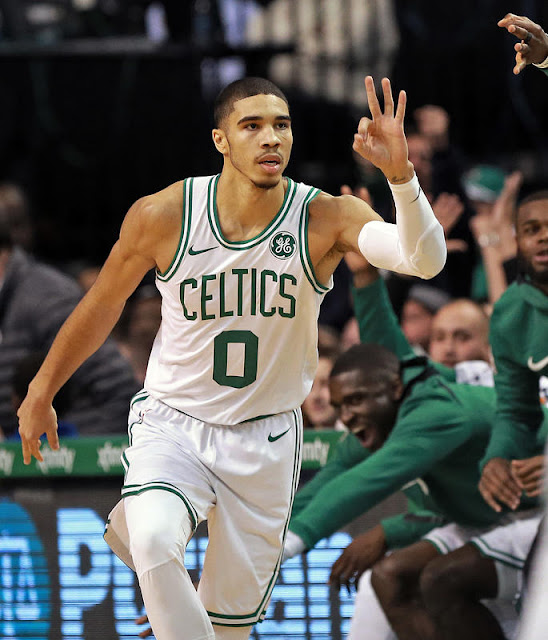 In reference to any Celtics trade for Jimmy Butler, the consensus among most NBA analysts is that if Danny Ainge truly wanted Butler on his team, he would have already moved on him. In my interview with Brian Scalabrine, he had similar thoughts, stating "No. No way." on a potential trade of say - Jaylen Brown and Marcus Smart for Butler.

We know that the Kawhi Leonard trade to Boston never happened, and Bill Simmons has some set ideas on the minutes-crunch that will have to be dealt with by Brad Stevens, in addition to a future pairing that he views as a potent core for the Boston Celtics. The following is from Bill Simmons' recent podcast (per metro.us Matt Burke):

(Bill) Simmons: “Boston has some red flags for me.”

(Ryen) Russillo: “Lack of depth up front? They have a million perimeter guys they need to find minutes for.”

Simmons: “My concern with Boston is how is everybody going to be happy at the same time? You have all these guys who think they should be playing the last six minutes of the game. And this is going to be [Brad] Stevens’ most difficult team to coach by far.

Simmons: “So, how is he going to handle that? How does Jaylen handle the whole summer of hearing how great Tatum is going to be, and Tatum is working out with Kobe, and Tatum’s a future MVP. And Jaylen’s like, ‘I’m right here. I was as good as him in the playoffs.

“How is Kyrie going to handle the Tatum thing. How good is Tatum going to be in Year 2? How does [Gordon] Hayward fit into this?

Russillo: “How worried are you about Kyrie?

Simmons: “About him leaving?”

Simmons: “[Pause] I’m very focused on Anthony Davis. I want to get to a world where the Celtics have Tatum and Anthony Davis and then you just figure out the rest of the guys. I want those two guys on the same team.”

There you have it. Get Davis - pair him with Tatum - and then figure out the rest of the squad. That is how Bill sees it. And I would not totally doubt that Danny does too. Simmons is obviously concerned about the talent-crunch the Celtics have, and so am I. To get Brad Stevens' take on it, read CelticsLife's Erik Johnson's article on the subject.