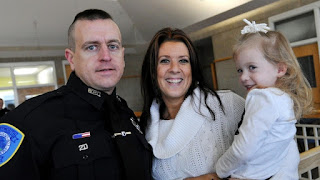 Weymouth Police Sergeant Mike Chesna died Sunday morning doing what he has done for many years, protecting citizens. Not only was he a dedicated police officer and former military veteran, he was the recipient of the Purple Heart.

Mike was an avid Boston sports fan and basketball player. He communicated frequently with my daughter, Lisa, on many subjects relative to police work, but also about the Boston Celtics. One of those communications can be seen in the image below. It is ironic that the message was about the bad luck of the Celtics when Gordon Hayward went down with a serious injury on October 17, 2017. 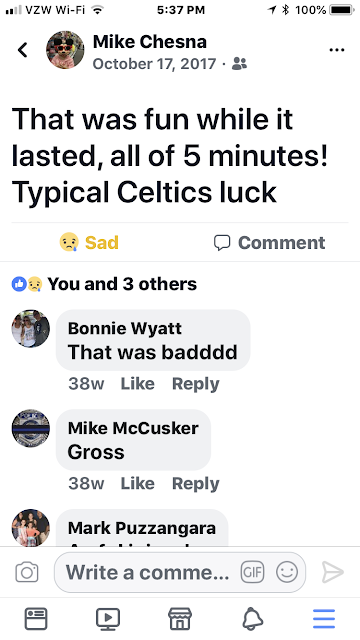 Sgt. Chesna had bad luck of his own when he was gunned down and killed, along with an innocent bystander, by a maniacal killer. He leaves behind his beloved wife Cynthia, and two children, Olivia and Jack.

Sgt. Chesna, the Boston Celtics will miss you as a dedicated fan - the Town of Weymouth will miss you as a protector of human life and well-being - and the country will mourn the loss of a fine individual, which in times of trouble and turmoil, seem to be in short supply. Thank you for what you have done!