Why LeBron in Boston makes more sense than you think

LeBron James playing basketball in a Boston Celtics jersey seems absurd to many. When I read that Stephen A. Smith's report that LeBron would be meeting with the Celtics this summer, I chalked it up due to a formality. The more I thought about it, the more I fell in the love with the idea, and here is why you should too. 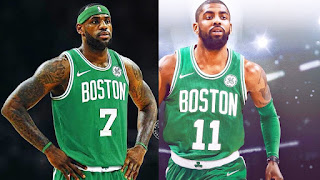 First of all, there potentially could be no major harm done. Many point to upsetting Kyrie Irving, but if the (hopefully not true) scare that he will join the New York Knicks in free agency is real, he may be leaving regardless of LeBron or not.

The Celtics seem to be one superstar away from dominating the league, many eyeing Anthony Davis and even Kawhi Leonard trades. These moves could definitely cause a breakup in the young core with the possibility of Jaylen Brown or Jayson Tatum being a piece in the trade. Adding LeBron would either require him to take a sizable pay cut (very unlikely) or sending out enough salary to make room for a max deal, resulting in losing players the Celtics would rather keep.

Skeptics will say that the Celtics and their young guys don't need the drama and attention that LeBron James carries with himself at all times. Granted, LeBron does have a history of getting coaches fired, and taking every inch of the attention, but Boston is different. The Celtics have a top-tier coach in Brad Stevens within an environment that contrasts to LeBron's previous experiences with dysfunctional organizations. GM Danny Ainge has been one of the best at his job in the league time and time again with a championship to back it up. Not even one of the greatest players of all time can come in and tear down the banners of Celtics history. 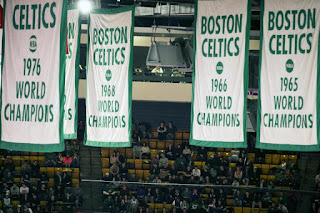 Last but not least, LeBron to Boston is the most logical choice. When looking at the situation from an objective standpoint, the Celtics can offer what most other teams can't. The LeBron and Paul George team-up with the Los Angeles Lakers will not likely make it past the Warriors or Rockets.

The move to the Rockets seems like a solid move, but moving to the West with the Warriors could break his eight year NBA Finals streak. Joining the Philadelphia 76ers does keep him in the East, but there are concerns about Ben Simmons playing off the ball, and not to mention the certainty of meeting a fully healthy Celtics team in the playoffs. Also, the Brian Colangelo burner account story shows the 76ers organization isn't exactly the most competent and professional franchise in the league.

The Boston Celtics on the other hand gives LeBron an almost sure write-in for the 2019 NBA Finals. A team headlined by Kyrie Irving and LeBron James has evidently showed success in the past, in the form of a 2016 championship. Even if Boston is able to keep intact 70% of the past season's core, this Celtics team would be capable of matching up to any team in the league, including the back-to-back champion Warriors.

While the chances of LeBron joining the Celtics are realistically very slim due to the backlash of Kevin Durant joining a super-team, fans should seriously open their mind to having LeBron play in green. Worst case scenario, LeBron walks after his one or two year deal with us still having Hayward, Tatum, and Brown to be the face of our franchise. Best case scenario, the Boston Celtics raise Banner 18 and perhaps even 19, bringing greatness back to the TD Garden.