You would never know this team was as young as it is by the maturity they have shown on and off the court, but it's exactly that mentality that's been driving the Boston Celtics success in the postseason. 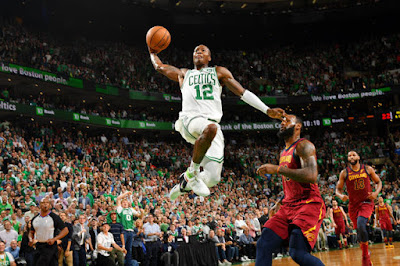 In fact, it's proven key in each of the previous two rounds of the playoffs, and has been a major factor in placing the Boston Celtics in a two-game lead over the Cleveland Cavaliers in the Eastern Conference Finals.

It's more than just the youth movement, though, as the veteran presence and skill of Al Horford and the strategic leadership of coach Brad Stevens has also proved pivotal - and the whole team seems to know their role from starters to the last man on the bench.

Watch the videos below to hear from the Celtics after their Game Two victory, as well as a little analysis on their current situation from the folks at The Jump.